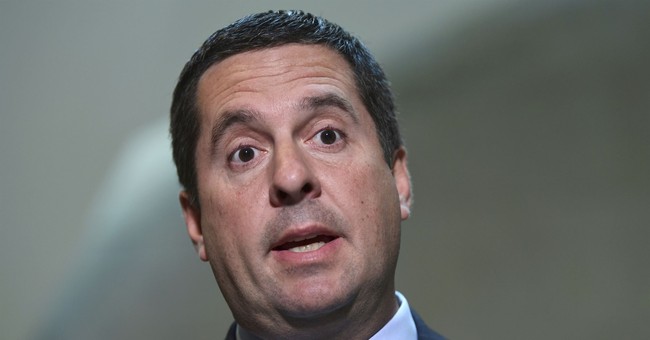 In his letter, Nunes identifies Mifsud's connections to Western governments, politicians and other influencers that were laid out in Special Counsel Robert Mueller's report.

"This report includes numerous details on Mifsud, who told George Papdopoulos that the Russian government had direct on Hillary Clinton compromising thousands of emails," the letter said. "Papadopoulos later related this information to others, which served as the official pretext for the FBI to open a counter-intelligence investigation into whether Trump associates conspired with Russians to interfere in the 2016 presidential election. After investigating the matter for approximately two years, the Special Counsel 'did not establish' that such a conspiracy existed."

According to Nunes, Mueller's report says Mifsud has "deep ties to Russia, detailing his trips to Moscow and extensive contacts with Russian officials including 'a one-time employee of the IRA,' the Russian organization that conducted social media attacks on the 2016 U.S. elections.'" Nunes said the description of Mifsud is similar to the portrayal House Intelligence Committee Democrats used when they say Russians used him to feed information to Papadopoulos.

The Daily Caller goes into further detail about Mifsud's connections to Papadopoulos:

Mifsud, who once served as a Maltese diplomat, taught at Link Campus, a Rome-based university that has close ties to Western intelligence agencies, including the FBI and CIA. Mifsud was interviewed by the FBI about his Papadopoulos contacts during a visit to the U.S. in February 2017.

Nunes asserted that if Mifsud was a Russian agent, the U.S. government would be obligated to run “damage assessments to determined what sensitive information Mifsud may have conveyed to the Russians and what Russian disinformation he may have spread.”

“[T]his could entail a major scandal for U.S. and allied governments,” he said.

Some evidence has emerged recently to undercut the notion that Mifsud was working for the Russians.

An Italian newspaper reported in April that Mifsud lived for eight months after going into hiding at a Rome apartment owned by a company affiliated with Link Campus. Vincenzo Scotti, a former Italian minster of defense and president of Link, had previously claimed not to know Mifsud’s whereabouts.

An adviser to Mifsud, Stephan Roh, has told TheDCNF that Mifsud has ties to Western intelligence and that he was instructed to lay low until the end of the special counsel’s investigation.

Papadopoulos has increasingly questioned Mifsud’s activities during the 2016 campaign.

The pair met for the first time on March 14, 2016, just days after Papadopoulos learned he would be joining the Trump campaign. Papadopoulos claims that his bosses at the London Center for International Law Practice (LCILP), a U.K. think tank where he was working at the time, insisted that he travel with them to Rome and meet Mifsud.

Mifsud also worked for LCILP, but Papadopoulos says he had never met the professor prior to his Rome visit.

Papadopoulos and Mifsud stayed in contact for several months after their initial meeting. Their emails show that they attempted to set up meetings between the Trump campaign and members of the Russian government. The meetings never took place.

Papadopoulos and Mifsud met again in London on March 24, 2016, where Mifsud introduced him to a Russian woman he claimed was Vladimir Putin’s niece. As the special counsel’s report notes, the woman turned out not to be related to the Russian president. Mifsud may have also edited and drafted some of her emails and text messages to Papadopoulos, the report claims.

“If Mifsud has extensive, suspicious contacts among Russian officials as portrayed in the special counsel’s report, then an incredibly wide range of Western institutions and individuals may have been compromised by him, including our own State Department,” Nunes wrote.