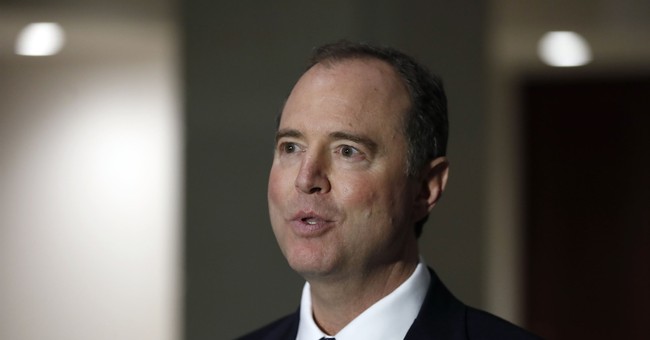 According to Gowdy, who also served on the Intelligence Committee, he has never seen a chairman called to resign the way Republicans have called Schiff to resign over his comments and actions relating to the Mueller probe.

"Have you ever seen anything like that?" Fox News' Maria Bartiromo asked Gowdy. "Nine Republicans are asking the chairman [Schiff] to step down. What is your reaction to Adam Schiff's behavior?"

"Never seen that before,” Gowdy said. “We had a lot of bad days the eight years I was in Congress but we never voted to remove or ask a chairperson to step down.”

But Schiff is also unlike past chairmen.

“Adam is a deeply partisan person. He did everything he could to make sure Hillary Clinton became the next president. And he’s done everything he could, since he failed at that, to keep a cloud over the Trump presidency,” Gowdy explained.

The most interesting aspect of the calls for Schiff's resignation: they're coming from members of Congress who aren't "bomb throwers," or people who like to ruffle feathers.

"The folks on the House Intelligence Committee on the Republican side, Maria, are not members of the crazy caucus. They're not bomb throwers. It's Elise Stefanik (R-NY). It's Will Hurd (R-TX), who was a CIA employee. It's Johnny Ratcliff (R-TX), who was a terrorism prosecutor. It's not part of the crazy caucus either," Gowdy explained. "These are reasonable Republicans, all of whom, unanimously, said 'Adam, we've lost confidence in your ability to lead.'"

The former Congressman believes intelligence communities will eventually stop providing Schiff information if he doesn't take what they say at face value.

"The different intelligence entities are going to say 'You know what, Chairman Schiff? If you don't believe the information we provide to you, if you prejudge the outcome of investigations, if you have the President of the United States not just indicted, but in jail, and you continue to leak just like a screen door on a submarine, we're going to quit giving you information,'" Schiff explained.

He said at that point, Speaker Nancy Pelosi (D-CA) will be forced to replace Schiff with someone else.