Thousands In ICE Custody Are Being Quarantined For... 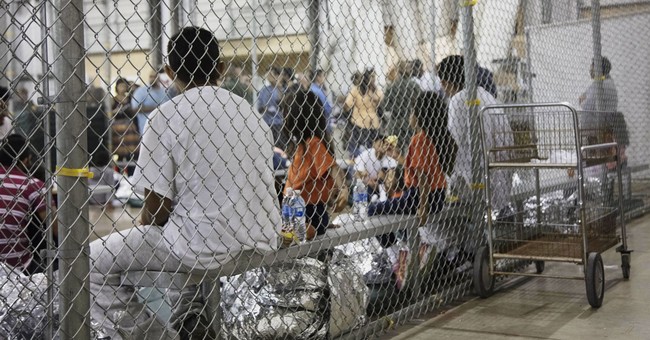 Immigration and Customs Enforcement (ICE) has had to place more than 2,000 detainees in quarantine after an outbreak of mumps and other diseases, CNN reported. This is the first outbreak of mumps in more than two years but the increase in illegal aliens in ICE custody has spiked.

"As of March 7, 2019, there was a total of 2,287 detainees cohorted for exposure to a detainee with a contagious condition," ICE spokesperson Brendan Raedy said in a statement. "ICE takes very seriously the health, safety and welfare of those in our care. ICE is committed to ensuring the welfare of all those in the agency's custody, including providing access to necessary and appropriate medical care."

51 ICE detention facilities have been investigated for mumps, chickenpox and influenza over the past years. During that time period, 236 reported cases of mumps occurred.

"To some degree, this is foreseeable, because you're bringing a lot of people and housing them in tight spaces for long periods," Dr. David Persse of Houston's public health authority told CNN.

But the outbreak is far from surprising, giving the number of diseases seen in third world countries.

"Migrants travel north from countries where poverty and disease are rampant, and their health can be aggravated by the physical toll of the journey. Many individuals we encounter may have never seen a doctor, received immunizations, or lived in sanitary conditions. Close quarters on trains and buses can hasten the spread of communicable diseases," U.S. Customs and Border Protection Commissioner Kevin McAleenan said during congressional testimony last week.

Customs and Border Protection has asked the United States Coast Guard and the U.S. Public Health Service Commissioned Corp for additional medical resources. They're also working with the Center for Disease Control to gather data on infectious diseases in detainees who are in CBP custody.