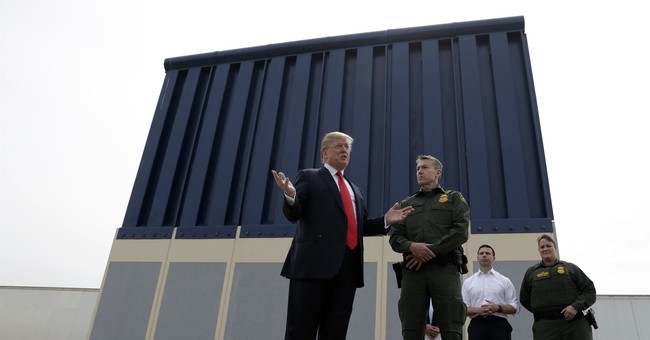 Legislators in Washington, D.C. have had mixed reactions to President Donald Trump's national emergency declaration in order to obtain funding for his border wall. Senators on both sides of the aisle have contemplated ways to provide Trump with the funding without the president having to utilize the national emergency, the Associated Press reported.

One of the proposals include taking $1 billion in leftover funds from military pay and pension accounts.

According to Sen. Dick Durbin (D-IL), a member of the Senate Appropriations Committee, funds are available because Army recruitment is down and a voluntary early military retirement program is being underutilized.

Durbin, however, isn't happy about the development.

"Imagine the Democrats making that proposal — that for whatever our project is, we’re going to cut military pay and pensions," Durbin told the AP.

“This is pay that would have gone to Army recruits that we can’t recruit,” Durbin said. “So there’s a ‘savings’ because we can’t recruit. The other part was they offered a voluntary change in military pensions, and they overestimated how many people would sign up for it.”

The money will be transferred from the military pay and pension accounts into a fund dedicated to drug interdiction. Any remaining funds will then be redirected for the border wall.

Senators, especially on the Republican side, have made a strong effort to find other ways of funding Trump's border wall without voting "yes" or "no" on the House's resolution to overturn the president's emergency declaration. With a handful of Republican Senators vowing to vote in line with Democrats, Trump would be forced to issue the first veto of his presidency.

The resolution, in itself, puts Republicans in a bind. If they vote against the resolution, they can be called hypocrites down the road if a Democratic president makes a similar move to achieve his or her desired outcome without the support of Congress. On the other hand, if they vote in favor of the resolution, they would be breaking away from the president's agenda. It essentially divides the GOP at a time when they need to be unified, especially heading into the 2020 election.

Senate Republicans met again Wednesday to sort through their options in hopes of making next week’s voting more politically palatable. They are struggling to come up with an alternative to simply voting up or down on the House measure as required under a never-used Senate procedure to reject a presidential emergency declaration. Lawmakers in both parties believe Trump is inappropriately infringing on Congress’ power of the purse.

Senators are increasingly uneasy ahead of voting next week because they don’t know exactly where the money to build the wall will come from and if it will postpone military projects in their home states.

Vice President Mike Pence told senators during their meeting a week ago that he would get back to them with an update. But senators said they don’t yet have a response from the administration.

“It’s a concern,” said Sen. John Cornyn, R-Texas. He said a number of senators have been talking to the White House about other ways the administration could shuffle the money without relying on the authority under the emergency declaration, which is likely to become tied up in litigation.

The pitch is, “Why have this additional controversy when it could be done in a less controversial way?” he said. “Apparently, the White House is not persuaded.”

The Army fell short of recruitment goals. They were supposed to recruit 6,500 more people than they did.