Oh, Hey! Venezuela Is So Safe The Second-In-Command Is Smuggling His Kids To China 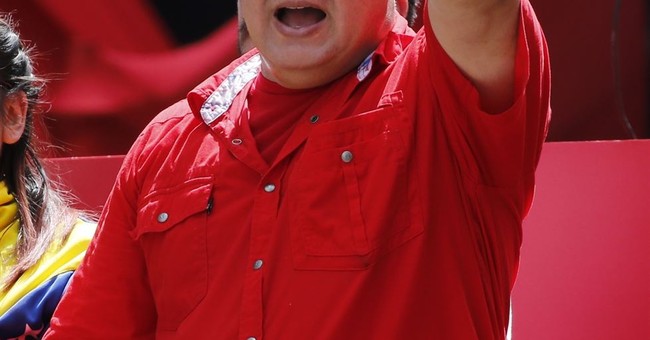 Democratic Socialists, like Sen. Bernie Sanders (I-VT) and Rep. Alexandria Ocasio-Cortez (D-NY), have advocated for America to become a socialist nation. Conservatives have argued that free market capitalism is the best way to live and the one thing that makes America different.

Now, a wrench has been thrown in their argument.

Diosdado Cabello, the leader of Venezuela's National Constituent Assembly (ANC), and the second in command behind President Nicolas Maduro, sent two of his three kids to Shanghai, China, The Daily Mail reported. The reason is simple: the violence in the country has gotten out of hand. And even the country's leaders are scared for their family's safety.

What's interesting is what Cabello did to try and keep the move out of the news cycle. His wife's maiden name, Contreras was on the kids' boarding passes. His 22-year-old daughter, Daniella Cabello, used the name Desiree Contreras, a combination of her middle name and her mother's last name, on the boarding pass. His 17-year-old son, Tito Cabello, used a Ugandan passport with the name Tito Contreras.

The publication 15 Minutes shared a video showing the boarding passes:

Sen. Marco Rubio (R-FL) called out Cabello, who is an alleged drug Lord for the Suns cartel:

If this isn’t true should be easy for him to disprove.

But if it is true,it reveals that hiding behind all their public bravado is rightful anxiety about their future. https://t.co/lotqMffq8u

According to Info Bae, a Latin American news outlet, Daniella Cabello frequently quotes Che Guevara on Twitter and shows off her lavish lifestyle with typical Venezuelans suffer on Maduro's rule.

This, folks, is even more proof that socialism does nothing but benefit the rich and powerful and harm the little guy.