Booker And Friends Introduce Controversial Marijuana Bills. Here's What They're Aiming For. 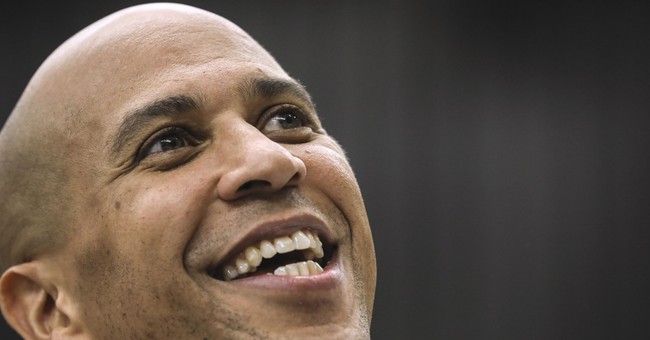 Sen. Cory Booker (D-NJ), Rep. Barbara Lee (D-CA), Co-Chair of the Congressional Cannabis Caucus, and Rep. Ro Khanna (D-CA), on Thursday introduced the Marijuana Justice Act, which would remove marijuana from the list of controlled substances. The bill would also expunge previous marijuana-related federal convictions and provide funding for areas that deal with mass incarceration due to marijuana-related convictions, The Hill reported. The money for the fund could be used for job training programs, re-entry services, and community centers.

“The War on Drugs has not been a war on drugs, it’s been a war on people, and disproportionately people of color and low-income individuals,” Booker said in statement. “The Marijuana Justice Act seeks to reverse decades of this unfair, unjust, and failed policy by removing marijuana from the list of controlled substances and making it legal at the federal level. But it's not enough to simply decriminalize marijuana. We must also repair the damage caused by reinvesting in those communities that have been most harmed by the War on Drugs. And we must expunge the records of those who have served their time. The end we seek is not just legalization, it's justice.”

Booker introduced a similar bill in 2017 but it was never brought to the floor for a vote.

This is said to be a Booker's chance to take aim at the War on Drugs. He's long touted his stance on criminal justice reform, specifically on making marijuana legal on the federal level. This will be interesting to watch considering President Donald Trump signed the FIRST STEP Act into law. Many low-level, non-violent offenders in prison are there due to drug convictions, like marijuana.