El Chapo's Team Believes He Deserves Another Trial. Here's Why. 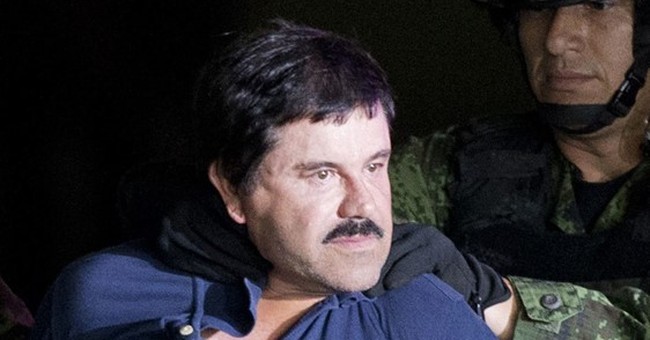 Joaquin “El Chapo” Guzman's legal team on Friday announced that they would be seeking a new trial for the alleged Mexican drug lord. According to Guzman's team, multiple jurors violated a federal judge's instructions when they followed the media's account of the trial, the Associated Press reported.

Guzman's team plans to ask U.S. District Judge Brian Cogan to perform an evidentiary hearing “to determine the extent of the misconduct.”

The decision comes after a VICE News article was published with an interview from one of the jurors. In the interview, the juror said at least five other jurors broke protocol and followed media coverage of the case.

Judge Brian Cogan routinely admonished the jurors to avoid news coverage and social media, and to refrain from discussing the case with each other, so that the verdict could be decided only on evidence from the courtroom. Those rules were routinely broken, according to the juror: “You know how we were told we can't look at the media during the trial? Well, we did. Jurors did.”

Part of my coverage of the trial included sharing news, analysis, and observations from the courtroom on Twitter. The juror said they routinely checked my personal Twitter feed and tweets from other journalists. “We would constantly go to your media, your Twitter… I personally and some other jurors that I knew,” the juror said.

According to the AP's report, some juror misconduct went even further than just Twitter timelines:

One juror anonymously told VICE News that five jurors and two alternates heard about child rape allegations made against Guzman that were covered by the news media but not admitted into evidence at the trial. The juror also alleged that another member of the panel used a smartwatch to look up a news story at one point during the trial.

Last week, El Chapo was convicted on murder conspiracy and drug-trafficking charges. He could face up to life in prison when his sentencing comes up in June.