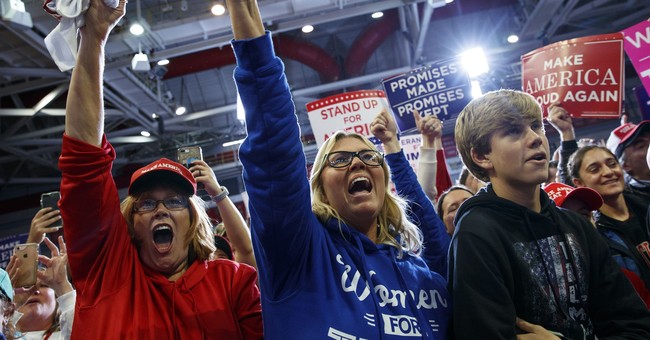 President Donald Trump's reelection campaign on Wednesday announced his first rally of 2019. The rally is scheduled for Monday in El Paso, Texas, The Hill reported. The location is significant because El Paso sits right along the United States-Mexico border and the president has been at odds with Democrats over building a wall along the southern border. He also mentioned the city during his State of the Union address on Tuesday.

Trump is expected to draw parallels between the success cities like El Paso and San Diego have seen with a border wall and compare them to cities that currently have no border fencing.

"As the President continues his fight to secure the border, there's no better place to demonstrate that walls work than in El Paso," Michael Glassner, the chief operating officer of the Trump campaign, said in a statement.

El Paso County Sheriff Richard Wiles, however, disagreed with his Trump's assessment of the area. Here's the statement he provided:

It is sad to hear President Trump state falsehoods about El Paso, Texas in an attempt to justify the building of a 2,000 mile wall.

The facts are clear. White it is true that El Paso is one of the safest cities in the nation, it has never been "...considered one of our Nation's most dangerous cities." And, El Paso was a safe city long before any wall was built.

President Trump continues to give a false narrative about a great city that truly represents what this great Nation is all about.

Democrats continue to announce their intentions to run against Trump during the 2020 presidential election. The Democratic field is expected to be crowded.