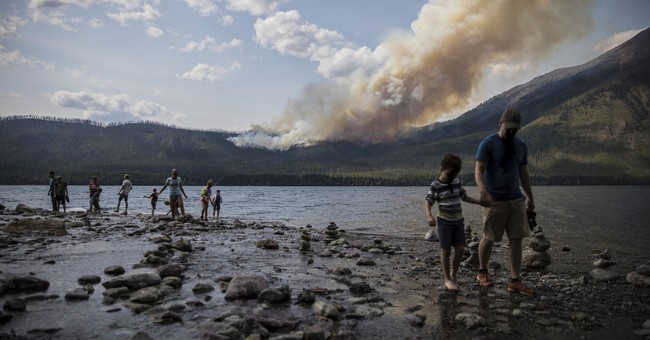 With the government shutdown going into its third week, the National Park Service has had to get creative with how to continue managing various landmarks nationwide. In an unprecedented move, NPS will utilize entrance fees to pay for operations.

Interior Department’s acting secretary David Bernhardt on Saturday released a memo detailing what park managers are allowed to spend the funds on. Additional staff can be hired with the fees to clean restrooms, haul trash, patrol the parks and open areas that have been closed while politicians in Washington continue budget negotiations. Typically, when shutdowns happen, the National Park Service resorts to having a skeleton staff, something that has become unmanageable at popular parks and monuments.

“As the lapse in appropriations continues, it has become clear that highly visited parks with limited staff have urgent needs that cannot be addressed solely through the generosity of our partners,” National Park Service Deputy Director P. Daniel Smith told The Washington Post. “We are taking this extraordinary step to ensure that parks are protected, and that visitors can continue to access parks with limited basic services.”

Some are questioning the legality of the move. The Federal Lands Recreation Enhancement Act says park entrance fees are expressly designated to support visitor services instead of operations and basic maintenance. Bernhardt's Saturday memo made it clear that parks with available funds can use them on operations, like trash collection and sanitation, road maintenance, campground operations, law enforcement and emergency operations, and entrance staff “as necessary to provide critical safety operations.”

Incoming chairwoman of the House Appropriations subcommittee on interior, environment and related agencies, Rep. Betty McCollum (D-Minn.), disagreed with the move and even tried convincing Bernhardt not to go through with it.

“The Department of Interior is very likely violating appropriations law. I want to see our parks open, but I want to see our entire government open the right way, following the law," McCollum told the Post. “We are certainly going to be doing oversight as the acting secretary moves forward with this, and he will be hearing from me directly. This will not open up the parks in any safe, effective manner for tourists to have a safe and enjoyable experience.”

Based on government estimates, around 16,000 of the National Park Service’s 20,000-person winter workforce is being furloughed during the shutdown.

Right now it remains unclear which parks will tap into funds, seeing as how only 115 of the 418 park sites collect entrance fees.

“While the [National Park Service] will not be able to fully open parks, and many of the smaller sites around the country will remain closed, utilizing these funds now will allow the American public to safely visit many of the nation’s national parks while providing these iconic treasures the protection they deserve,” Smith said in a statement.