IRS Has a New Plan to Investigate Tax Dodgers. Here's How You Could Be Impacted. 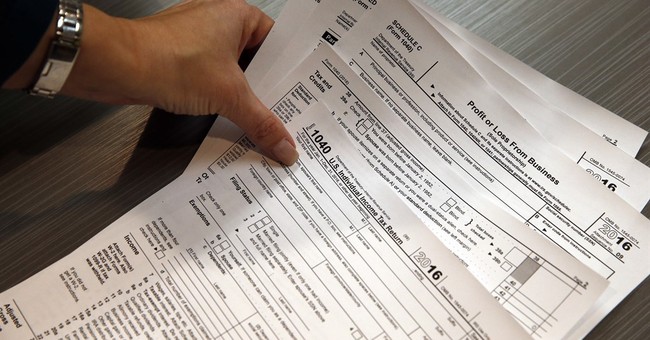 The Internal Revenue Service (IRS) is trying something different. The government currently has a proposal listed on the Federal Business Opportunities website looking for a social media tool that allows IRS agents to find Americans who have dodged their tax liabilities.

Here's what the proposal says (emphasis mine):

Businesses and individuals increasingly use social media to advertise, promote, and sell products and services. For example, taxpayers can create "online stores" on social networking sites free of cost. Much of this information is unrestricted, allowing the public, businesses and various governmental agencies to discover taxpayers' locations and income sources.

But the IRS currently has no formal tool to access this public information, compile social media feeds, or search multiple social media sites. The IRS's hope is that a vendor-supplied tool would help expedite IRS case resolution for existing compliance cases, providing a more efficient way of identifying resources and assisting with the collection of known tax deficiencies, leading to increased collection of revenue involving unfiled tax returns and other tax liabilities.

The IRS emphasizes that this tool, if the agency decides to pursue the use of it, would be done to assist with previously identified tax compliance cases. The IRS respects taxpayer rights, and such a tool would not be used to search the internet or social media sites for purposes of identifying or initiating new tax audits. The IRS believes responsibly using publicly accessible information on the internet or social media sites can assist with previously identified tax cases. In addition, the IRS believes the tool can help it resolve troublesome instances related to tax-related identity theft, helping quickly identify honest taxpayers who have been victimized by identity thieves.

In addition to respecting taxpayer rights, the IRS will also be mindful that frequently information posted on social media and the internet may be wrong or misleading.

According to Marketplace, the IRS is known for mining data on people based on their social media posts.

"It appears from its public statements and some other reports, that it’s using data to piece together likely profiles or likely candidates for closer review," Behnam Dayanim, co-chair of the privacy and data practice at Paul Hastings, told Marketplace back in 2014.

We have absolutely no way of knowing that the IRS will use the technology the way they say they can. And that's why our New Year's resolution should be to post a little less on social media and leave a little more to the imagination.