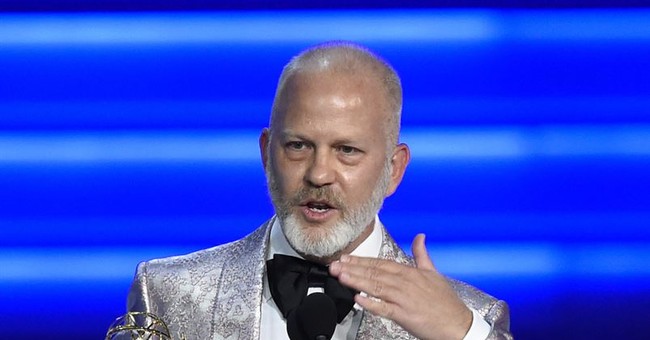 “In 2020, I’m going to create and fund, with corporate sponsorship, a multi-million dollar organization that targets anti-LGBTQ candidates running for office,” Murphy told the audience, NewNowNext reported. “Senate and congressional candidates who think they can get votes hurting and discriminating against us—well, we can get votes too.”

Specifically, Murphy wants to see Republicans Steve King and Susan Collins voted out in the near future.

“I want these hateful and wrong politicians to go, and to stop polluting our moral and ethical ether," Murphy explained.

He then explained why he decided to launch the "Pose Gives Back" campaign initiative.

“It was the midterms this year that gave me hope. One after one, anti-LGBTQ candidates who made hate speech and ideology part of their legacy fell, disgraced and eliminated by Democratic candidates— who were largely boosted by victory by young and female voters, by the way," Murphy explained. "The number was astounding to me, as a 54-year-old man. Over 20 anti—LGBTQ right wing politicians and their horrifying views gone in a day."

“We are going to send a message which says you cannot make discrimination against us a political virtue anymore. You can’t keep killing our vulnerable young people by promoting and nationalizing your rural, close-minded anti-constitutional viewpoints," Murphy said.

The initiative was named after his latest TV show, "Pose," which has numerous transgender actors and actresses, The Hill reported.

Murphy has been a longtime supporter of LGBT rights and has even called for stricter hate crime laws during the Emmys earlier this year.