Utah Mayor Killed in an 'Insider Attack' While Deployed in Afghanistan 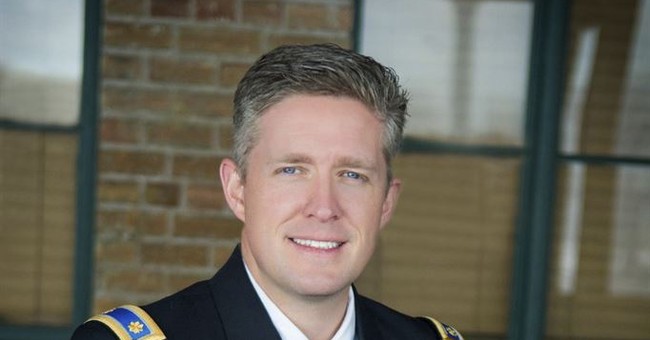 Ogden, Utah Mayor Brent Taylor, 39, was killed in Afghanistan on Saturday. Taylor was part of a United States Army National Guard unit that was assigned to train members of the Afghan security forces, BBC reported.

According to the Utah National Guard, the attacker appeared to be a member of the Afghan National Defense and Security Forces. The attacker was eventually shot by other members of the Afghan force after he began firing.

“I do believe that Major Taylor felt he was among friends with the people he was working with,” Burton told The Salt Lake Tribune. “That is what is so, ultimately, painful about this.”

Taylor was elected to the Ogden, Utah City Council in 2009 and then as Mayor in 2013. According to his biography on the Ogden City website, Taylor had an extensive military background:

He has served for 12 years as an officer in the United States Army National Guard, including seven years on Active Duty.  He served two tours of duty in the Iraq War and one in Afghanistan, serving in Iraq as a convoy security commander and then as an advisor to an Iraqi national intelligence agency.  In Afghanistan he was a combat advisor to the Afghan Border Police.  He has worked previously for the Defense Intelligence Agency, the National Ground Intelligence Center, and the Department of Homeland Security.

Taylor had taken a leave of absence from his duties as mayor to redeploy to Afghanistan. He had previously served with two tours in Iraq and one in Afghanistan.

He leaves behind a wife and seven children. A fundraiser for the family has generated around $250,000.

The family released the following video statement about the incident:

One of Taylor's Afghani comrades sent a letter to his wife, detailing the kind of man he was. The letter was shared on Twitter:

Dear Mrs. Taylor,
Maj Taylor was my friend. I wrote this letter for his family.
I hope this little contribution eases your pain.

Note: this letter was sent to his physical add by one my American mentors. I tried to email too but I failed to find her email. pic.twitter.com/28nH7o4W6D