Supreme Court: Minors Can Sue The Government Over Climate Change 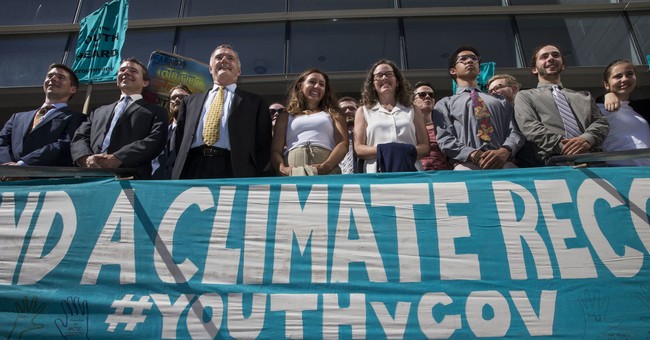 The Supreme Court of the United States on Friday ruled that minors can sue the federal government over climate change issues, NPR reported. The lawsuit was brought about 21 plaintiffs, many of whom are minors. The youngest plaintiff is an 11-year-old.

According to their complaints, the Obama administration encouraged the production of oil, gas and other fossil fuels, which violated the plaintiff's civil rights.

"By their exercise of sovereign authority over our country’s atmosphere and fossil fuel resources, they permitted, encouraged, and otherwise enabled continued exploitation, production, and combustion of fossil fuels, and so, by and through their aggregate actions and omissions, Defendants deliberately allowed atmospheric CO2 concentrations to escalate to levels unprecedented in human history, resulting in a dangerous destabilizing climate system for our country and these Plaintiffs," the lawsuit says.

"And then there's also the amendment with life, liberty and the pursuit of happiness. One's life is at risk with health and with having to leave our home," Draheim told NPR.

Kelsey Juliana, 22, one of the plaintiffs in the lawsuit, said she hopes the delay end.

"I want to trust that we are truly on track for trial without having further delays but these defendants are treating this case, our democracy, and the security of mine and future generations like it's a game. I'm tired of playing this game," Juliana said in a statement obtained by NPR.

According to the Supreme Court, the lawsuit has legal standing and should not be dismissed without going to trial.

The original trial date was set for Oct. 29. Our Children's Trust, which has helped with the litigation, has requested a conference to set a new trial date.