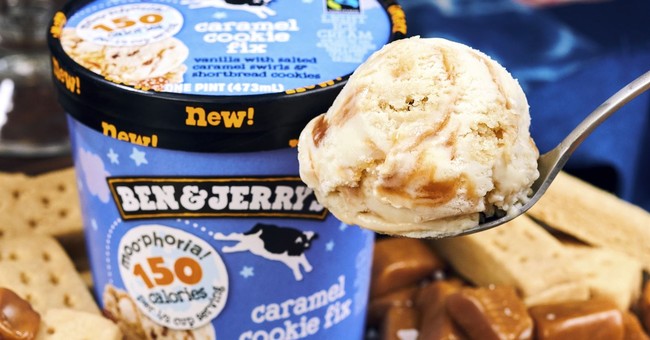 Ice cream giant Ben and Jerry's are known for being supportive of Democratic policies. They often create various flavors that have some sort of progressive spin to them. Now, just before the midterm elections next week, Ben and Jerry's has launched their newest flavor, "Resist."

"Alongside all those nutty chunks, this pint packs a powerful message under its lid: together, we can build a more just and equitable tomorrow. We can peacefully resist the Trump administration’s regressive and discriminatory policies and build a future that values inclusivity, equality, and justice for people of color, women, the LGBTQ community, refugees, and immigrants," the ice cream company's website said. "Pecan Resist supports four organizations that are working on the front lines of the peaceful resistance, building a world that supports their values."

According to the company, they needed to do something that shows their opposition to President Donald Trump and his administration's policies.

"The company cannot be silent in the face of President Trump’s policies that attack and attempt to roll back decades of progress on racial and gender equity, climate change, LGBTQ rights and refugee and immigrant rights – all issues that have been at the core of the company’s social mission for 40 years," Ben & Jerry's said in a statement, USA Today reported.

The flavor is only available at Ben and Jerry's locations and through their website, USA Today reported.