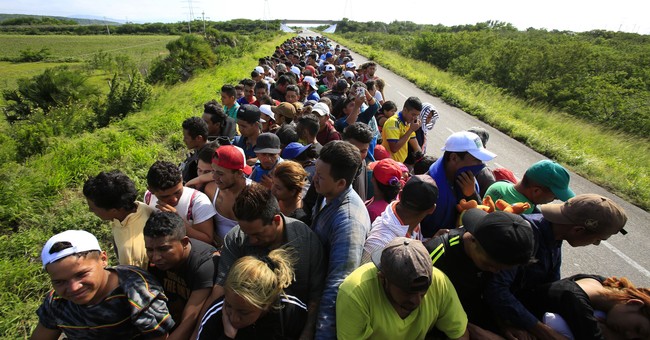 The United States Border Patrol alerted Texas landowners about the possibility of armed citizens being on their property. These men and women have decided to join the Border Patrol and the National Guard on the front lines of the United States-Mexico border to prevent illegal aliens from entering the U.S.

Armed citizens decided to provide support to federal law enforcement officials after they received word that the Central American caravan carrying illegal aliens would be arriving at the United States-Mexico border in the coming days.

According to the Associated Press, activists are coordinating with other citizens about taking a place along the border. One even told them t was “imperative that we have boots on the ground," Fox News reported.

It is coming practice for Militia and members of the Minutemen to keep watch on the border. When they see someone illegally crossing, they call Border Patrol to come and apprehend the person or persons.

Those who can't make it to the border have donated money for supplies and equipment. Those who do plan to patrol the border usually bring firearms and tactical gear, Fox News reported.

Oregon resident Monica Marin raised about $4,000 to help the militias purchase supplies. She believes the minutemen are helping out federal authorities.

Some people in small border towns aren't thrilled about the militias though. Clara Godfrey, who lives in Arivaca, Arizona, put signs up saying militias are not allowed on her property.

"I want everybody to be aware that we do not want the militias," Godfrey told KPHO-TV.

“We go about our business here every day in a peaceful manner,” Wright told The Yucatan Times. “The idea that we could be invaded not by illegal immigrants but by militia groups … is regrettable, and it will end badly.”

The caravan is still about 1,000 miles south of the United States-Mexico border. The group is expected to arrive in about a week.