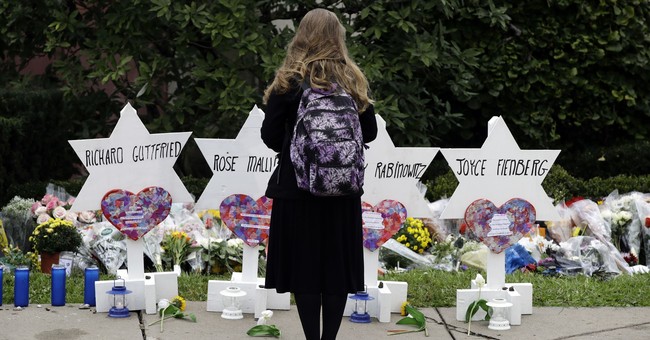 In a rather sad, ironic turn of events, Jewish doctors and nurses at Allegheny General Hospital in Pittsburgh had to turn a blind eye to the anti-Semitism that brought them to their newest patient, 46-year-old Robert Bowers.

Bowers was taken to the hospital after killing eight and wounding six others, four of which were police officers, at the Tree of Life Synagogue on Saturday.

“He was taken to my hospital and he’s shouting, ‘I want to kill all the Jews,'” said Dr. Jeffrey Cohen, president of Allegheny General Hospital and a member of the Tree of Life Synagogue, Fox News reported. “The first three people who took care of him were Jewish.”

One of the nurses who came to Bowers' aid, was a Jewish nurse whose father is a Rabbi.

Dr. Cohen, who lives in the neighborhood and heard the gunshots from his home, was one of the first on the scene. He gave credit to his staff for stepping up and treating Bowers.

Cohen had a brief conversation with Bowers to ask him if he was in pain or needed anything. Bowers told Cohen he was fine and then asked who the doctor was.

“I said I’m Dr. Cohen, president of the hospital. Then I turned around and left,” he said. “The FBI agent who was guarding him said, ‘I don’t know if I could have done that.’ And I said, ‘If you were in my shoes, I’m sure you could.’”

Bowers was released on Monday and was taken to a federal courthouse. He faces 11 counts of criminal homicide, six counts of aggravated assault and 13 counts of ethnic intimidation in addition to federal counts that include weapons offenses and hate crime charges.