BREAKING: Clinton's State Dept. Emails Appeared on Weiner's Personal Laptop – And the FBI Knew All Along 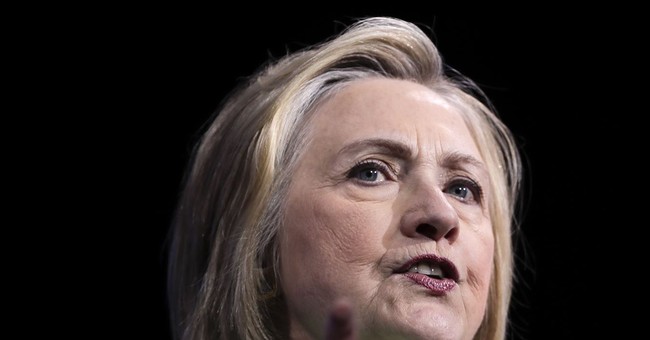 Now, it has come to light that "a significant number" of the 340,000 emails between Hillary Clinton and her staffer, Huma Abedin, were found on former Congressman Anthony Weiner's computer. Abedin and Weiner are married.

The discovery was made after Weiner was found having sexually explicit communications with a teenage girl. The Southern District of New York (SDNY) was awarded a search warrant to search Weiner's computer for child pornography. The person searching the laptop found the communications between Abedin and Clinton.

The following letter was sent to the FBI, letting them know about the emails between Abedin and Clinton showing up on Weiner's laptop:

Just putting this on the record because of the optics of this case.

During the course of my review of a computer seized from Anthony Weiner, a seizure and search of which was authorized by an SDNY Search Warrant, I encountered approximately/at least 340,000 emails stored on the computer. The large number of emails appears to be a result of a mail client program installed on that computer (such as Outlook) that pulled emails from servers belonging to both Anthony Weiner and Huma Abedin.

A significant number of these 340,000 emails appeared to be between Huma Abedin and Hillary Clinton (the latter who appears to have used a number of different email addresses). This is based simply a review of the header information. I did not review content of these emails, as the warrant only authorized me to view items that would give me probable cause to believe that CP [child pornography] evidence may reside therein.

SDNY is comfortable with me continuing my review as I have, which is to NOT read any emails to/from Anthony Weiner to which his wife, or a possible attorney is a party. Even if there is a third party on those emails, I will not review their content out of an abundance of caution. Obviously, I will not review any emails to which Anthony Weiner is not a party (such as emails between Ms. Abedin and Mrs. Clinton). I just wanted to formally bring this to your attention due to the pending election, the ongoing Congressional investigation into the FBI’s own investigation into Ms. Clinton’s email activities, etc.

It took a full month before the FBI went to Congress about the findings. Fired FBI official Peter Strzok created the initial draft letter then-FBI Director James Comey would send to Congress.

The Department of Justice's Inspector General believes it took a month for the information to reach Congress because of Peter Strzok and other officials' anti-Trump stance, which they outlined in their report:

In September 2016, the FBI’s New York Field Office (NYO) and the U.S. Attorney’s Office for the Southern District of New York (SDNY) began investigating former Congressman Anthony Weiner for his online relationship with a minor. A federal search warrant was obtained on September 26, 2016, for Weiner’s iPhone, iPad, and laptop computer. The FBI obtained these devices the same day. The search warrant authorized the government to search for evidence relating to the following crimes: transmitting obscene material to a minor, sexual exploitation of children, and activities related to child pornography.

The Weiner case agent told the OIG that he began processing Weiner’s devices on September 26, and that he noticed “within hours” that there were “over 300,000 emails on the laptop.”

This information was obtained by Judicial Watch as part of multiple Freedom of Information Act (FOIA) requests.