Kellyanne Conway: Many Women, Myself Included, Saw Their Husbands, Sons, Brothers in Kavanaugh 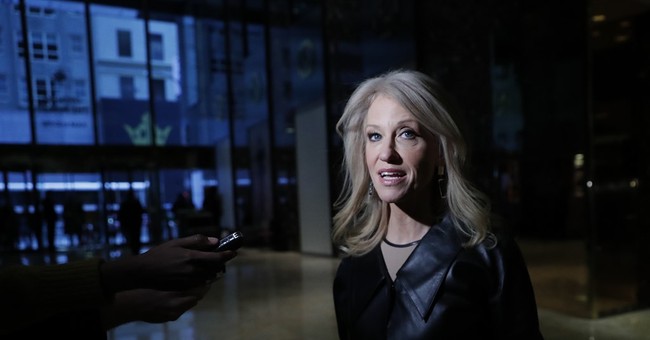 During an interview with ABC News' Jonathan Karl on "This Week," President Donald Trump's counselor, Kellyanne Conway, explained that many women in America saw their family members in Brett Kavanaugh when he underwent major scrutiny because of sexual assault allegations made against him.

"A lot of women, including me, in America, looked up and saw a man who was -- is a … political character assassination. And, also, we looked up and saw in him possibly our husbands, our sons, our cousins, our co-workers, our brothers," Conway explained.

According to Conway, the Democrats should have shown Kavanaugh the same "grace and dignity that his 10-year-old daughter showed Dr. Ford."

She also said something significant about the mainstream media and their narrative: they want women in America to be victims.

“They're not even covering his testimony that he has denied under oath that this has happened,” she said. “They want every woman to be a victim, every woman to lock arms with every other woman. Every man is a perpetrator.”

Conway said one of the reasons President Trump nominated Neil Gorsuch and Kavanaugh is because of their stellar records of judicial restraint.

“I think what Justice Kavanaugh should do is what he's done for 12 years on the second highest court in the land … He should go to work. He should do his job. He should look at the document. He should listen to the cases in front of him. He should read the briefs. And then he should apply the law, not make it up as he goes along,” Conway said.

Kavanaugh was sworn in as a Supreme Court justice late Saturday evening after a close 50-to-48 vote in the Senate.