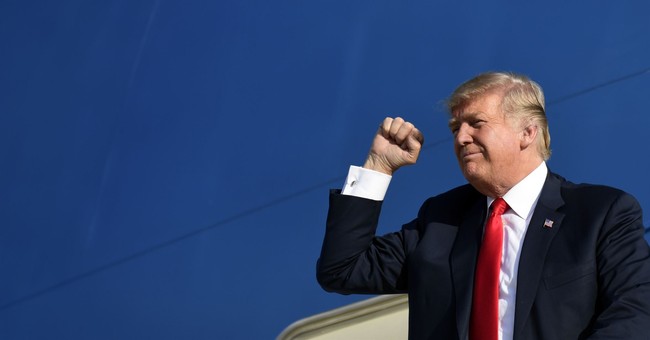 In anticipation of Judge Brett Kavanaugh's confirmation to the Supreme Court, the White House has launched a commemorative coin through its gift shop before the vote took place:

Want to celebrate Kavanaugh's confirmation before the vote takes place? @WhiteHouse has a commemorative coin for that. pic.twitter.com/YklNO9xtpM

The coin features President Donald Trump with his first Supreme Court nominee, Neil Gorsuch, as well as Brett Kavanaugh and is said to celebrate the "originalism" on the Court.

The 24k gold-finished coin is part of a collection of President Trump's "historic moments." Other coins include the launch of Space Force, the commemoration of World War I and the peace agreement between the U.S. and North Korea.

Those who purchase the coin for $175 will also receive a 50 page monograph. The coins are expected to ship Nov. 15. An image of the coin has yet to be released.

According to Vox, the money raised from all souvenirs sold by the White House gift shop goes towards "the families of Secret Service members who were injured or killed while on duty."