BREAKING: Senate Judiciary: Witness Believes Ford May Have Mistaken Him For Kavanaugh 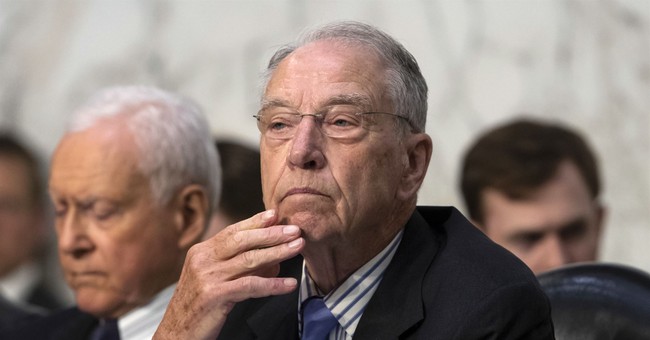 According to Fox News' Ed Henry, a man came forward on Monday and said he believes Ford confused him with Kavanaugh. The Committee had multiple conversations with the man, which has some speculating just how credible this witness may be.

"Tuesday, September 25th, according to Chairman Grassley, 'Committee staff had a second interview with a man who believes he not Judge Kavanaugh had the encounter with Dr. Ford in the summer of '82, which is the basis of our allegation,'" Henry quoted. "Here's the key line: 'He described his recollection of their interaction in some detail, as if this person has some more details, some more recollection than Judge Kavanaugh, who has denied it.'"

The man, whose name has yet to be released, may have put himself in legal trouble by bringing his suspicions to the Committee, Henry noted during his conversation with Fox News' Shannon Bream.

Ahead of pivotal Senate hearing, witnesses surface to say Christine Ford may have mistaken them for Kavanaugh https://t.co/QzPeC0qTZJ pic.twitter.com/QZwVW0dd1Y

This new information comes hours before Ford is set to testify before the Committee about the alleged assault.