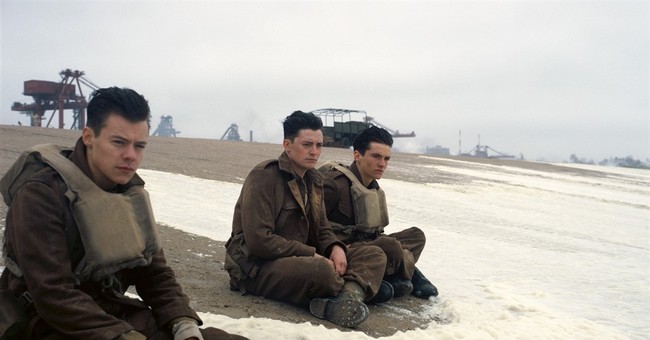 Ken Sturdy, 97 years old, relived the horrors of war when he attended a recent screening of Christopher Nolan’s Dunkirk, a film depicting the mass evacuation of British troops from France's beaches during World War II.

The 400,000 men trapped on the beach, along with other allied troops, waited to be rescued from across the English channel, as German planes and torpedoes shot down soldiers and sank allied destroyers that attempted to evacuate them.

In what is known as Operation Dynamo, hundreds of civilian boats and Navy ships alike sailed into danger to save the British troops in a "miracle" operation, bringing the soldiers home--not to the anger that the defeated troops expected--but to their countrymen's joy at their return. Sturdy served on one of the rescue craft. A signal man, he served in the Royal Navy, helping soldiers to the boats during the evacuation, according to The Telegraph.

“I was 20 when that happened,…I could see my old friends again, and a lot of them died later in the war. I went on convoys after that to the North Atlantic and I lost so many of my buddies," Sturdy said.

Sturdy wore military regalia to the movie theater in Calgary, Canada, where he is now a citizen. Other moviegoers cried and shook his hand when they saw him.

"We are -- as a human species -- we are so intelligent, we do such astonishing things--we can fly to the moon. But we still do stupid things.” He said he cried during the film because he knew that the events like the battle in 1940 would still happen.

"Don’t just go to the movie for entertainment,” he said. “Think about it. And when you become adults, keep thinking.”