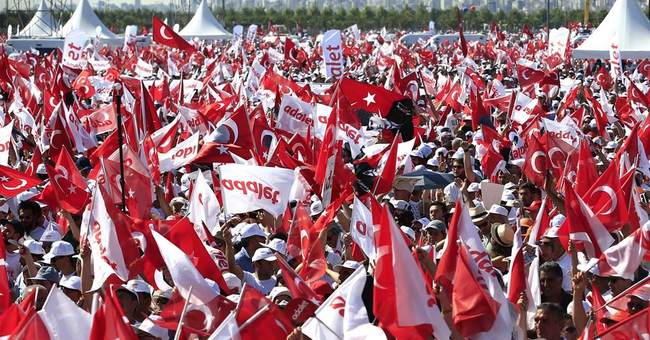 Six human rights activists were arrested by the Turkish government for allegedly aiding terrorists. Detained weeks prior to the Tuesday ruling formalizing their arrest, the incident occurred amidst a “crackdown” to find sympathizers of the coup in Turkey.

Prosecutors are said to have evidence of communication between the activists and militant- related suspects, leading to their arrest.

Four other activists detained with them have been released on bail – but are prohibited from leaving the country. The group was participating in a “digital security workshop” on Buyukada, an island near Istanbul, when police arrested them July 5 at their hotel.

Among the 10 is Idil Eser, the director of Amnesty International, a human rights organization. Taner Kilic, the chair of Amnesty, was also arrested in June.

An article on the organization's website said, “The bizarre accusations include attempts to link Idel Eser with three unrelated and opposing terrorist organizations through her work for Amnesty International."

The organization called the court’s ruling a “new low in Turkey’s post-coup crackdown.” Salil Shetty, secretary general for Amnesty International, also called the investigation illegitimate, and sees the recent events as a threat to freedom in Turkey.

“Today we have learnt that standing up for human rights has become a crime in Turkey,” he said. "This is a moment of truth, for Turkey and for the international community.”

Challenging other countries’ officials to speak out, he said, “leaders around the world must stop biting their tongues and acting as if they continue business as usual.”

Germany has become involved, asking that an arrested German trainer, Peter Steudtner, be released. Steffen Seibert, German Chancellor Angela Merkel’s spokesman, wrote on Twitter, “We are in solidarity with Peter Steudtner, who is in unjustified custody in Turkey, and will lobby for him at all levels.”

In the "crackdown" following the coup, ABC News writes that more than 110,000 government workers have been dismissed. The government has arrested more than 50,000 people and has targeted journalists, as well as activists and politicians.