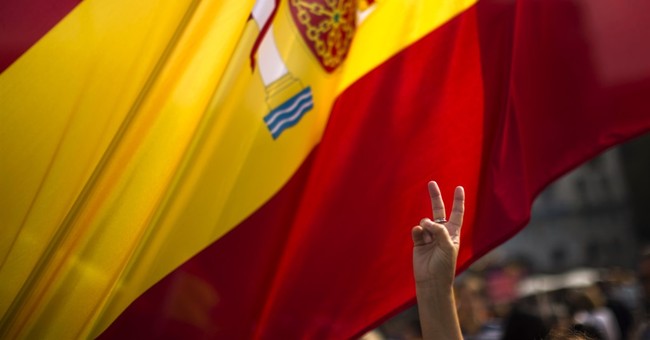 WESTMINSTER, United Kingdom - Spain has warned that it will invade the British territory of Gibraltar if the UK leaves the European Union. According to the Daily Express newspaper Foreign Minister, Jose Manual Garcia-Margallo, said Spain would take control of the territory “the very next day”.

The threat came as Britain gears up to vote on whether to leave the EU on June 23. The referendum is currently too close too call, with voters concerned about the level of immigration into the country, but also want access to the EU’s single market.

Britain has ruled Gibraltar since it was captured from Spain in 1704 during the War of the Spanish Succession. The Spanish government confirmed British rights to the territory "in perpetuity" as part of the Treaty of Utrecht in 1713.

However, in recent years Gibraltar has suffered blockades at its border with Spain, which claims it is a haven for cheap tobacco. The Spanish Navy also regularly encroaches into Gibraltar’s waters, saying the Treaty of Utrecht did not include any of the surrounding waterways.

Gibraltar is on the Southernmost tip of the Spanish peninsula, and is home to both British and American forces. It is known as ‘the rock’ and has twice voted in referenda to remain linked to the United Kingdom.

As a British Overseas Territory it has effectively refused full independence and instead ceded some policy areas such as defense and foreign affairs to the UK government. In exchange it receives the protection of the UK and even votes in the European elections as part of the UK.

The territory is a major player in online gambling, with a number of the world’s biggest online casinos being based there.

Julia Reid, Member of the European Parliament for Gibraltar, attacked the Spanish for its threat to the rock. She said: “Gibraltar has nothing to fear, any move for the outpost, which is as British and Britain itself, would be repelled, as every attempt has been for hundreds of years.

“And even if Britain votes to leave the EU, it doesn’t make any difference, Gibraltar will still be British territory and that’s that. It sounds more like an old communique from Buenos Aires, rather than a new one from Madrid.”

But Gibraltar’s own chief minister, Fabien Picardo, said that he too feared that Spain could “pounce on us” if UK decided to leave the EU.

He said: “It is safer and more secure for Gibraltar to remain in the EU to deny Mr Margallo the opportunity to pounce on us. We have fought to ensure that Gibraltar is able to vote in the Brexit referendum so that we can influence that decision.”

Mr Margallo said "we’ll be talking about Gibraltar the very next day" if the UK votes to leave the EU.

A Foreign Office spokesman told the Express: “The Prime Minister has made clear that the UK Government will meet its constitutional commitments to the people of Gibraltar and will not compromise on sovereignty.

“Our differences with Spain on Gibraltar will be resolved by political means through our relationship as EU partners, not through disproportionate measures such as the border delays we have seen over the past week.

"We have many common interests with Spain and wish to continue to have a strong relationship at every level with the Government of Spain.”

Other British Overseas Territories, with the same arrangements as Gibraltar, include the Cayman Islands, the British Virgin Islands and Bermuda.