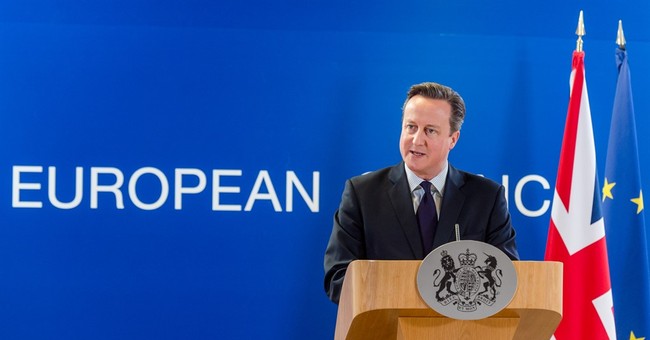 WESTMINSTER, United Kingdom – Major UK political figures have joined with President Obama in calling on the British not to leave the European Union as it faces collapse under the weight on Islamic immigration. In the last few days both the former Foreign Secretary Lord Hague and the Mayor of London Boris Johnson have expressed fears about Britain leaving the block.

Hague, who claims to be a euro-sceptic, told ITN he feared Britain leaving the EU to be dangerous because of the "great economic and security challenges" facing Brussels. Boris Johnson disappointed the 'out' campaign by telling them he is not an "outer", and instead backed Britain staying in a reformed EU. They 'out' campaign had offered Johnson the leadership of their campaign.

The British have been promised a referendum on membership of the EU before the end of 2017, but the pledge was made before the current Islamic immigration crisis. At the time the Prime Minister, David Cameron, offered to renegotiate the terms of the treaty that keeps the UK in the EU in a few limited areas.

One of the areas he wanted to address was access to welfare checks by immigrants, with the British arguing that EU citizens should only be eligible to claim once they have been in the country for four years. This was designed to deter benefit tourists from Eastern Europe but is unlikely to stop an expected the wave of North African Muslims who have already flooded Germany.

So far one million Muslims have moved to the EU, mostly from Syria, Iraq and Afghanistan. The influx has led to a major spike in sexual offences in countries like Germany and Sweden.

At the moment the UK and Ireland do not have to accept any of these immigrants because the countries are not part of the borderless EU Shengen area. But once the new immigrants become citizens of the EU they will be allowed to relocate to the UK. The fear of this scenario is leading to a surge in support for the campaign to leave the EU.

But the campaign is fiercely opposed by the Obama White House. Last year the President told the BBC: “Having the UK in the EU gives us much greater confidence about the strength of the transatlantic union, and is part of the cornerstone of the institutions built after [the second world war] that has made the world safer and more prosperous. We want to make sure that the United Kingdom continues to have that influence.”

At the time the anti-EU Business for Britain group said: “This is a high profile intervention, but may not be the boon that ‘in’ campaigners will be hoping it is. Foreign intervention in domestic issues rarely goes down well with the public... Perhaps the president should remember his words in 2013 when he recognised there were problems with Britain’s EU membership that needed to be fixed.”

The EU has been rocked by the level of immigration and serious problems with its currency, adding the loss of the UK could spell the end of the project altogether. Martin Schulz, the socialist German president of the European Parliament, told the Daily Express he feared for the future.

He said: "The worst nightmare for the European project is an outbreak of populism or political upheaval in Germany. Now it is looking like a real possibility. Nobody knows what we are facing this year. We are threatened as never before.

Britain gives are $75m a day to the EU, and it easily its best performing economy. Loss of the country would leave the EU desperately short of funds just at the time it needs it most.

The last poll by YouGov show the leave camp slightly ahead with 42 percent compared to 41, but the poll was taken in December. Since then the sex attacks in Cologne and Sweden came to light.