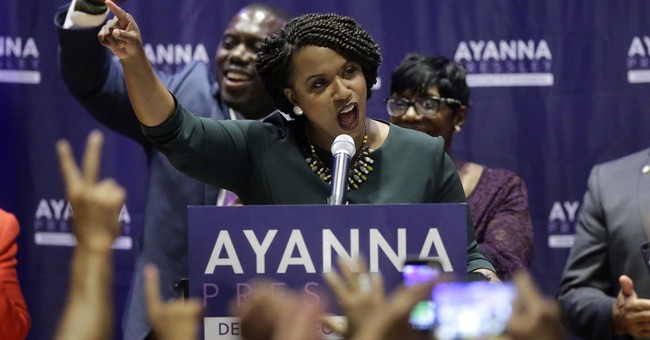 As the left continues to propagate nonsensical notions about gender, a number of Democrats, including some presidential primary contenders, tweeted yesterday about the importance of using people’s “correct pronouns.”

Every person deserves to be treated with dignity and respect, and that starts with using correct pronouns.

I'm Elizabeth. My pronouns are she/her/hers. And I'll keep fighting to build an America where everyone feels seen and respected. #PronounsDay

Someone reminded us that it really is hard for some people, and can trigger anxiety or dysphoria. I’m grateful to learn how to be more inclusive of people all genders.

It costs nothing to treat people with dignity and use their correct pronouns.

Other Democrats chimed in to tweet about pronouns as well. Congresswoman Pramila Jayapal (D-WA) suggested that when in doubt, people should inquire about a person’s pronouns. She said that “Pronouns aren’t just about accuracy – they’re about acceptance.”

Happy #PronounsDay from the proud parent of a non-binary kid.

Pronouns aren’t just about accuracy – they’re about acceptance. Not sure what pronouns to use? Ask politely! And when someone tells you their pronouns, use them.

My pronouns are he/him/his and I don’t believe that any American should be discriminated against because of their sexual orientation or gender identity. It’s time we pass the Equality Act to protect (and respect) every American. #PronounsDay

My pronouns are she/her/hers.

Let's commit to making all of our communities and spaces more inclusive for all people, and make sure everyone feels seen and respected every day. Happy #PronounsDay!

My pronouns are he/him/his.

On #PronounsDay remember that words have power. It's important to be mindful and respectful of the humanity and identities of non-binary, trans, and gender non-conforming members of our diverse #LGBTQ+ community. https://t.co/iENddbaSRl

“International Pronouns Day began in 2018 and takes place on the 3rd Wednesday of October each year,” according to pronounsday.org.

“International Pronouns Day seeks to make respecting, sharing, and educating about personal pronouns commonplace. Referring to people by the pronouns they determine for themselves is basic to human dignity. Being referred to by the wrong pronouns particularly affects transgender and gender nonconforming people. Together, we can transform society to celebrate people’s multiple, intersecting identities,” the website says.

Townhall has previously noted the phenomenon of some Democrat presidential primary candidates including gender pronouns in their Twitter biographies.

Pete Buttigieg has added his pronouns to his Twitter bio. And Chasten, too!

There are now six presidential candidates who have their pronouns in their Twitter bios: