FL Gov. Scott Says Tax Hikes Should Only Pass Congress With Two-Thirds Supermajority In Each House 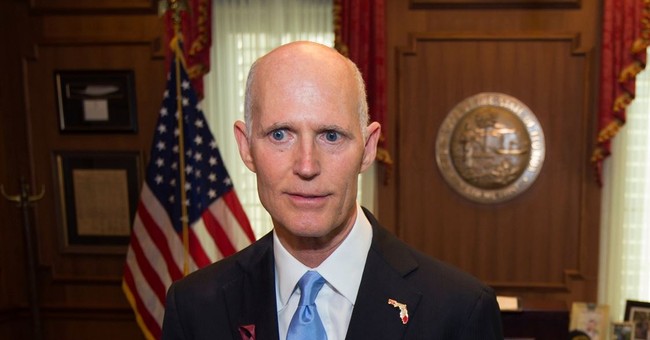 Florida Governor Rick Scott announced his bid for Senate last month and in addition to advocating for Congressional term limits he is now also promoting a policy that tax and fee hikes should only clear Congress when two-thirds of each house vote them through.

“Requiring a supermajority vote of two-thirds of each house of Congress to approve any tax or fee increase before it can become law is common sense,” Scott said according to a press release.

During the midterms Floridians will vote on an amendment that would require a two-thirds ratio from each house of the state legislature in order to pass higher state taxes and fees—Scott is a supporter of the amendment.

The Florida Governor has also unequivocally called for President Trump to ditch the Iran deal.

“As you continue to review this topic, I urge you to withdraw immediately to ensure the safety of the United States, Israel and all of our allies,” Scott said in a letter to President Trump.

“I do not believe this agreement can be fixed – we need a complete reset,” he stated. “The information presented by Israeli Prime Minister Benjamin Netanyahu earlier this week further confirms the urgent need to withdraw.”

Scott also expressed support for the President’s decision to relocate the US embassy from Tel-Aviv to Jerusalem, noting that, “later this month, I will travel to Israel as the United States officially opens its embassy in Jerusalem. Moving the embassy was very important to me and I appreciate the action you took to make it happen.”