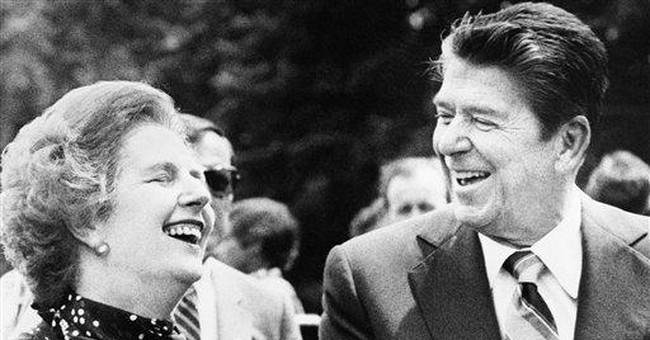 Hundreds of students at Chapman University are seeking to "remove and replace" busts of prominent conservative figures including Ronald Reagan.

An online petition, created by Chapman student Markos Buhler, says these figures were problematic due to their treatment of people of color and the LGBTQ community.

"We as Panthers believe in order for Chapman to better serve its students of color (especially Black students), LGBTQ+ students and female students, it is necessary to take a critical look at the busts displayed around campus," read the petition. "We feel it is hypocritical as an institution to express support to your marginalized students yet allow for the continued presence of busts that invoke feelings of exclusion and oppression each day as they walk through campus."

While the other figures were criticized in the petition, none were more vilified than Ronald Reagan, the former President of the United States.

The petition claimed Reagan "fueled many aspects of systematic racism" and his "War on Drugs" campaign was actually a war against "Brown and Black people."

They also said his actions "will continue to detrimentally affect the lives of Black and Brown people for generations, including students, faculty, and staff in the Chapman community."

The students also feel Margaret Thatcher should be removed because she "made LGBTQ+ people feel like second class citizen" and she "despised immigrants from other cultures."

They even stated Milton Friedman should go because he suggested free-market conservatism would solve racism ignoring "how entrenched racism is within our country and economy."

Other complaints lodged against these figures echoed similar sentiments, and repeated a similar theme that these historical icons all "abused power." There is no acknowledgment of the accomplishments of these people, many of whom changed not only America, but the whole world.

The California school also recently made headlines, after a piece of the Berlin Wall that's on display at the campus was vandalized with brown paint.

"I am outraged by this senseless attempt to destroy a priceless piece of history and heartbroken that this can happen on our own campus,” university President Daniele Struppa said in a statement.

While the political motives of the defacement were not revealed, the act and the recent petition shed light on a lacking sense of respect for history.

"Our fear this movement would reach Chapman University has come true," the post read, along with an inclusion of the mission statement in the petition. "Chapman University College Republicans absolutely opposes this act as we hope to remain the little representation we have on campus."

So far the petition has collected over 700 signatures.