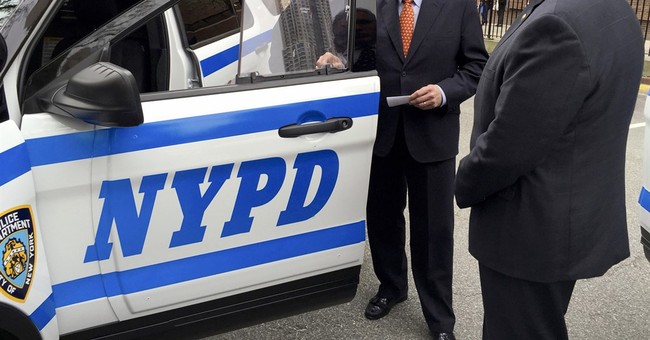 The NYPD is asking for volunteers from its civilian staff to enforce the state’s quarantine order for travelers, the New York Post reported.

Members of the NYPD received a memo alerting them of the news less than an hour before NYC Mayor Bill de Blasio announced he was setting up checkpoints to enter New York City.

The memo stated that off-duty “volunteers will be assigned to Penn Station or Port Authority Bus Terminal."

Civilian members of the NYPD who volunteer will be tasked with collecting forms from out-of-state travelers and "reminding" them of the required 14-day self-quarantine.

The NYPD’s civilian staff, made up of 20,000 volunteers, was heavily impacted by the pandemic. Nearly three dozen of these volunteers died from the virus.

The current travel advisory in New York includes 34 states and Puerto Rico. Those who are found breaking the mandatory quarantine could face hefty fines and even jail time. There are certain exemptions in place for essential workers based on the time in the state.

De Blasio on Wednesday warned that the city would be cracking down on those who violate the order, alongside New York City Sheriff Joseph Fucito, who leads the task force in enforcing the order.

The Port Authority Police Department, which monitors the bus terminal and Penn Station, in addition to several bridges and tunnels, did not detail what duties they might be tasked with under the new policy.

Instead, a spokesperson for the Port Authority Police Department directed reporters to the city for comment.

“It’s an all hands on deck mission to hold the line and keep transmission low,” a City Hall spokesman told the Post. “We’re leveraging every possible resource at our disposal to maximize our tracing efforts.”