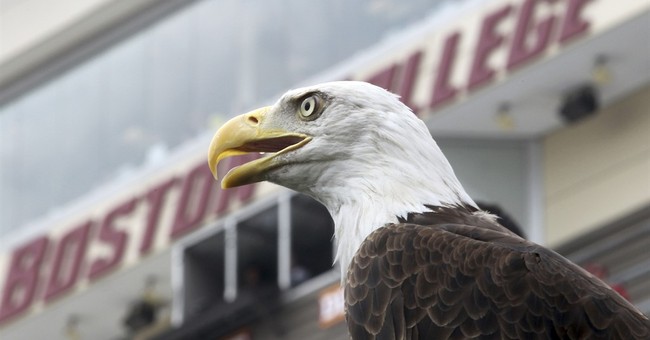 According to a report by The College Fix, students at Boston College were once again denied the opportunity to start a conservative newspaper, due to the fact it was not considered a "necessity."

The Boston College Republicans for the second time in three years had their proposal to start a conservative newspaper rejected by the Board of Student Organizations. The group said they were forced to undergo ridiculous tests to get the paper approved, including demonstrating the need for the publication showing a different viewpoint at the school.

Luis Duran, the president of the Boston College Republicans, said that a "small, but loud and influential portion” of the student body controls the "political atmosphere" at the school.

Representatives from Boston College told The College Fix that the club proposal this past academic year failed to meet two of 11 mandatory criteria for a student organization to be recognized by the college.

The missing criteria? The board claims the proposed conservative outlet would be a "duplicate" of the existing College Republicans and there are "limited" financial resources for the school's student activity fund to be able to support student publications.

While it might be true the school's Office of Student Involvement may not have the money to be able to financially support a publication, their other claim a conservative paper would be a "duplicate" of the existing College Republicans is just false.

After all, a conservative newspaper would allow students to be able to comfortably express their views in print on news happening around campus, while College Republicans is a club for students who identify as "Republican" to be able to discuss their views and current events topics among peers. They are related, but not the same.

Going forward, if the College Republicans want to bring the conservative publication to campus, they will have to do so as a subsidiary of their existing club, thanks to the politics of the Board of Student Organizations.

Previously the publication faced a roadblock in 2017 after students failed to convince the board of the proposal’s “feasibility and necessity.”

Duran believes the paper is necessary for conservative students to have their voices heard on campus. He said that his club's proposed newspaper would cover "accurate and factual news ranging from politics to sports and everything in between," and function as an alternative to misleading comments made too often by other liberal outlets on campus.

Two other student publications at the school, "The Heights" and "The Gavel," are not registered student organizations and therefore do not receive student activity funding. However, the college failed to acknowledge if these outlets had tried to become BSO official organizations they would be forced to jump through the same hoops as the conservative organization. They also failed to comment on if it was possible for a publication to be funded through school funding, according to guidelines put in place by student government.

The school's College Republicans have experienced unfair scrutiny during the past year from those on campus.

In November, the group hosted Daily Wire commentator Andrew Klavan, a decision that drew wide criticism from many groups on campus who called him "Islamaphobic." During the talk titled "The Art of Being Free," student protesters chanted and pounded on the walls and windows outside of the classroom.

In a video addressing the talk, Klavan said that while he didn't come anywhere near the rioters when he left the speaking venue, there's "no question" that if he had "they were so worked up that something bad could have happened."

Imagine if conservative students on campus treated a liberal speaker with the same type of hostility.

According to its mission statement, Boston College strives to lead students on a path that combines their "intellectual, personal, ethical, and religious formation." To carry out this mission the school claims to "embrace the contributions of a diverse student body from many faith traditions."

Apparently, this mission does not apply to conservative students.