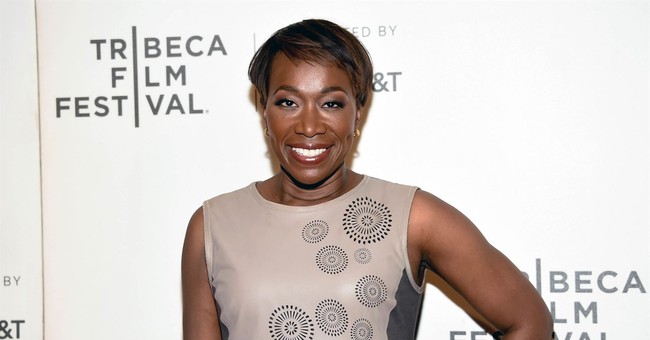 The 2nd Circuit Court of Appeals ruled that the U.S. District Court for the Eastern District of New York mistakenly dismissed a suit by Trump supporter Roslyn La Liberte against the host last fall.

La Liberte filed the suit in 2019 over defamation claims against Reid, after the host posted misleading comments about the woman along with a photo of her and a young boy. That photo and Reid's comments were shared millions of times on Twitter.

Reid attributed false, racist accusations about La Liberte, who appeared in a MAGA hat in the photo and looked like she was yelling at the boy, who was Latino. In another post, Reid juxtaposed the image of La Liberte with a 1957 image of a white woman in Little Rock screaming execrations at a Black child trying to go to school. This was the action that caused the court to reconsider, arguing that Reid is liable for what she insinuated on social media.

Just last week MSNBC announced that Reid would be hosting her own primetime show "The ReidOut" at 7 p.m. weeknights. This would make Reid one of the first black women to host a primetime show, and the first for the network.

The slot was formerly held by Hardball host Chris Matthews, who allegedly left the network in early March a string of inappropriate comments he had made over the years, many having to do with women.

Reid is not free from controversy herself. In 2018, Reid vehemently apologized to her viewers, after blog posts resurfaced with homophobic comments that included claims that Charlie Crist, the former Florida governor, was a closeted gay man, and that conservative commentator Ann Coulter looked like a man.

The ruling on Wednesday overturned the lower court dismissal which stated that La Liberte is a limited purpose public figure, something that would require a higher threshold to prove defamation.

“Accordingly, she was not required to allege that Reid acted with actual malice as to either post,” the three-judge panel wrote this week. “Moreover, the court erred by characterizing Reid’s second post as nonactionable opinion … That post could be interpreted as accusing La Liberte of engaging in specific racist conduct, which is a provable assertion of fact and therefore actionable.”

The appellate court also ruled that the case could not be dismissed under California’s anti-SLAPP statute, a law that gives an individual the ability to file a motion to strike to dismiss a complaint brought against them for engaging in protected speech. The judges determined that the statue was “inapplicable” in federal court because “it increases a plaintiff’s burden to overcome pretrial dismissal.”

The appellate court agreed with another aspect of the district judge’s ruling — that Reid is not protected by Section 230 of the Communications Decency Act. The act provides immunity to sites for content posted by third parties.

“To the contrary, she is the sole author of both allegedly defamatory posts,” the judges wrote.

A spokesperson for Reid did not immediately respond to a request for comment, regarding the recent development in the case.