The Other Bad Supreme Court Decision: Claims of Racism Can Be Filed Without Actual Proof of Racism 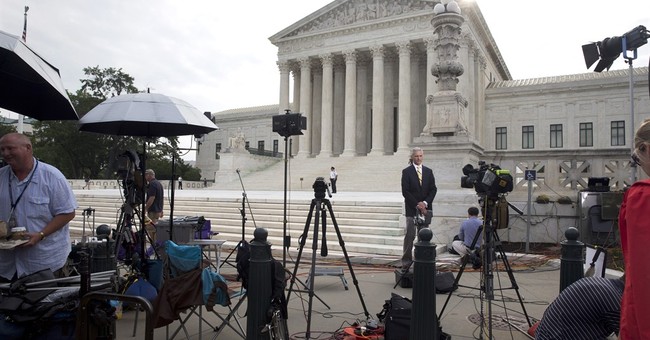 All of the hype has been on King v. Burwell and Obergefell v. Hodges, cases ruling in favor of Obamacare and gay marriage, respectively. But as everyone focuses on these cases, lost in the shuffle was perhaps a case that was worse than both of those decisions: Texas Housing v. Inclusive Communities.

A little background on the case:

Texas, whose housing department was fighting a fair-housing claim, maintained that the Fair Housing Act of 1968 required that plaintiffs show intentional discrimination, which demands a higher level of proof.

In a 5-4 decision, the Court ruled in Texas Housing that claims of racial discrimination can be filed based on "disparate impact," that is the theory that standards are racist if minorities can't meet them at the same rates as whites. In terms of housing, that would mean that discrimination claims can be filed if population statistics are skewed against minorities, without any actual proof of racism.

That's right, even if you're not being racist, you have "unconscious prejudice," according to Anthony Kennedy:

The court’s opinion, by Justice Anthony Kennedy, noted America’s history of racial segregation and the efforts Congress has made to remedy its continuing effects, including the statute disputed in Thursday’s case.

But this is not true, as Breitbart paraphrases Justice Alito's dissent:

The dissent, written by Justice Samuel Alito, points out the absurdity of using “disparate impact” as a measure of racial discrimination. By the same logic, he writes, minimum wage laws must be racist, because they can be shown to have a disproportionately negative effect on young black males, who are priced out of the labor market. Alito also notes that neither the 1968 Fair Housing Act, nor its 1988 amendments, allowed “disparate impact” to be evidence of racial discrimination.

The result is that the housing market is going to be flooded with legal complaints, as the dissenting justices argue:

As the four dissenters make clear, a compliance and litigation nightmare now looms for many in real estate, finance, and local government as they try to dodge liability. “No matter what [Texas] decides” in the case at hand on locating low-income housing, for example, one or another group “will be able to bring a disparate-impact case” based either on the theory that projects should be put in poorer areas (which enables building more of them) or in affluent areas (which will benefit some future residents).

So essentially, the left and the federal government can use racial lawsuits as blackmail against the housing markets. Wasn't this the kind of policy that led to the 2008 recession?

As with the other two cases, words don't have meaning with the current Supreme Court. But it is this case that could have the most severe repercussions. Because you're a racist, even if you don't think that you are.