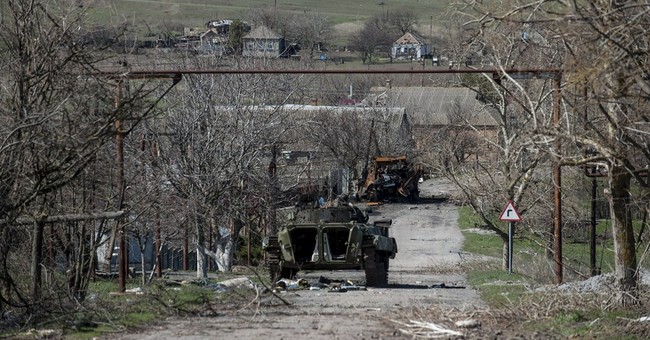 The number of Ukrainian civilians now displaced due to conflict in eastern Ukraine now exceeds 800,000, according to a recent report from the UN Office for the Coordination of Humanitarian Affairs. As the ceasefire with Russian separatists in the region remains shaky, militaries in the Baltic states are bracing themselves for more Russian aggression.

“According to the United Nations High Commissioner for Refugees, as of April 16, a total of 800,961 Ukrainians had filed a request for asylum, a residence permit or another legal status in neighboring countries,” the report states, according to Ukraine Today.

Approximately 660,000 of the refugees have officially registered in Russia, while just over 80,000 have taken refuge in neighboring Belarus. More than 1.2 million people have fled the Donbas region of eastern Ukraine.

Monitors from the Organization for Security and Cooperation in Europe report increasing ceasefire violations in the Donetsk region -- including heavy fighting near the Donetsk airport and more than 700 explosions in the city last Tuesday.

Heavy weaponry that should not even be in the region according to Minsk provisions has been seen regularly.

“I am deeply frustrated by the fact that Russia is in fact failing to implement the Minsk agreements,” Ukrainian Prime Minister Arseniy Yatseniuk said last week. “Ukraine remains committed to the peace process, but it looks like only Ukraine is abiding by the peace process, unlike Russia and terrorists.”

The United States has been involved in 13 different military training exercises in the Baltic States in the past year as part of the Defense Department’s Operation Atlantic Resolve.

Lithuania -- where a military draft has been instituted and instruction manuals distributed on what to do in the case of invasion -- is conducting training operations without NATO allied militaries.

“There's such a situation where the Lithuanian army needs to learn to act on its own and together with other force institutions,” said Lithuanian Chief of Defense Major General Jonas Vytautas Žukas. “After a lengthy break we are organizing such exercises without the involvement of our foreign partners. We will be learning to act on our own.”