University of Michigan Will Show American Sniper As Originally Planned 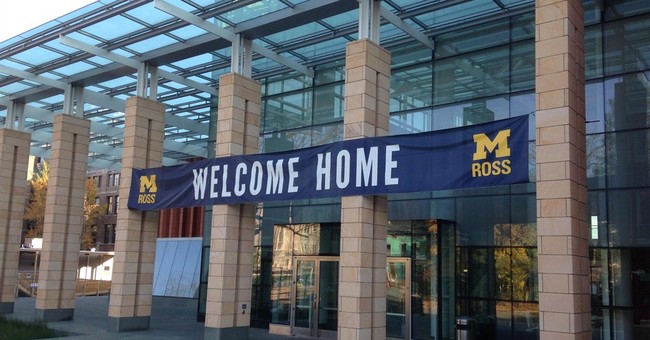 The University of Michigan announced late Wednesday that the blockbuster hit American Sniper will be shown as originally planned on Friday, despite a petition by Muslim and Arabic students and student organizations that called it “anti-Muslim propaganda” that celebrated the actions of a “mass killer.”

“It was a mistake to cancel the showing of the movie “American Sniper” on campus as part of a social event for students,” said E. Royster Harper, the university’s vice president for student life, in statement. “The initial decision to cancel the movie was not consistent with the high value the University of Michigan places on freedom of expression and our respect for the right of students to make their own choices in such matters.”

He added that “Paddington” -- the children’s movie that was to replace American Sniper -- would still be shown in an alternate location “to provide our students with additional options that evening.”

#AmericanSniper to be shown; decision to cancel not consistent w/high value @Umich places on freedom of expression http://t.co/E2K0m9zapG

The university’s decision came after national uproar about their veto of the movie -- as well as outrage from alumni:

.@UMInvolvement Did you ever consider how the hundreds of ROTC cadets, midshipmen, & student-veterans would react to this? Shame on you.

After the showing was cancelled, third-year Law student Rachel Jankowski launched a petition of her own among conservative students on campus, calling for American Sniper to be shown as originally planned. The petition garnered 550 signatures by Wednesday evening. The Michigan Daily reports:

“If the University prevents a movie like this from being shown, it promotes intolerance and stifles dialogue and debate on the subject and goes directly against the atmosphere UMix purports to provide,” the CSG petition states. “As adults at a public university, we should have the option to view this movie if we so choose and have the opportunity to engage on the topics it presents to come to our own conclusions on the subjects.”

The petition calls for the CCI to show the movie as planned but allow students to present their own opinions on the film after its showing. The petition currently has 486 signatures as of Wednesday night.

In an e-mail interview, Jankowski wrote that she was proud of the University's decision to show the movie.

“This is a widely acclaimed, non-controversial movie celebrating an American hero, and it should not be stifled because of an exaggerated worry that it may offend someone,” she wrote. “To see hundreds of students, faculty, and even Coach Harbaugh, rally behind this movie, shows the broad consensus of support that American Sniper enjoys across the entire University of Michigan community.”

Michigan’s football coach Jim Harbaugh had taken to twitter Wednesday in support of the film:

Michigan Football will watch "American Sniper"! Proud of Chris Kyle & Proud to be an American & if that offends anybody then so be it!

The student who started the protest to cancel the film isn’t happy with the university’s reversal. The College Fix reports:

University of Michigan student Lamees Mekkaoui, who originally spread the letter asking the university to cancel the film, called the rival petition “completely and utterly moot” to The College Fixin an e-mail.

She went on to say that, “No one’s freedom of speech was infringed upon. It was just completely inappropriate for a fun and inclusive UMix event. There is a stark contrast between Paddington and American Sniper.”