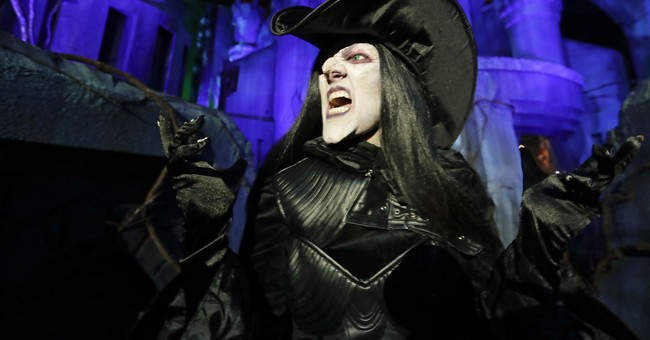 Antifa, the far-left, and their radical feminist counterparts are all pretty spooky. Now, those who oppose Supreme Court Justice Brett Kavanaugh have actual witches and warlocks joining their ranks in a last-ditch effort to oppose the newest member of the Supreme Court. Members of New York City's occult are organizing a massive rally on October 20th to "hex" Kavanaugh.

According to a Facebook page hosted by Catland, a Big Apple bookstore that specializes in "practical spiritual tools, magical texts, local art & publications, and high-quality talismanic texts," members of the public are welcome to attend a "hex on Brett Kavanaugh, upon all rapists and the patriarchy at large which emboldens, rewards and protects them." According to the event planners, those present will be "embracing witchcraft's true roots as the magik of the poor, the downtrodden and disenfranchised and it's history as often the only weapon, the only means of exacting justice available to those of us who have been wronged by men just like him."

Likewise, "there will also be a second ritual afterward - 'The Rites of the Scorned One' which seeks to validate, affirm, uphold and support those of us who have been wronged and who refuse to be silent any longer."

For those Townhall readers not interested in hexing Brett Kavanaugh but perhaps interested in other aspects of the occult, other upcoming events hosted by Catland include Yoga for Witches, Feminist Goddesses and Rebel Saints, Demonology 101, and the ever enlightening fan favorite Ask A Witch: A Panel Discussion.