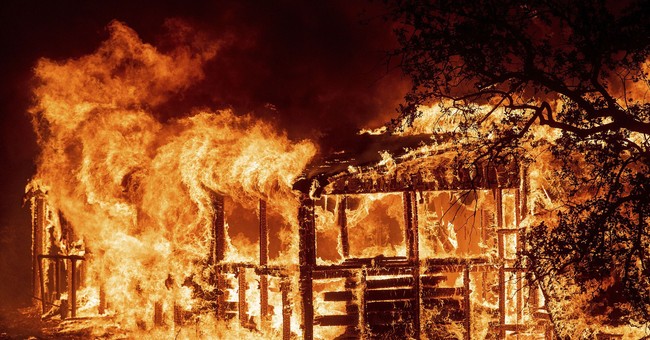 The United States federal government has approved aid for the state of California to help battle a devastating blaze that has engulfed nearly 81,000 acres of land and has killed at least five people.

Because of this, the Federal Emergency Management Agency (FEMA) "is authorized to identify, mobilize and provide at its discretion, equipment and resources necessary to alleviate the impacts of the emergency."

The state is actually battling several blazes. The largest fire began in Carr, CA and has doubled in size during the past week. According to the AFP, "Two young children and their 70-year-old great-grandmother Melody Bledsoe died in the Carr Fire, their family confirmed to US media. The blaze also killed two fire workers, Cal Fire said, while another -- the Ferguson Fire -- killed another firefighter."

The scene in northern California is horrific. "We are seeing fire whirls - literally what can be described as a tornado," California Department of Forestry and Fire Protection (CalFire) chief Ken Pimlott told media. "This fire was whipped up into a whirlwind of activity...uprooting trees, moving vehicles, moving parts of roadways"

Carr native, Liz Williams, described the terror she felt as she attempted to evacuate her home.  "I've never experienced something so terrifying in my life. I didn't know if the fire was just going to jump out behind a bush and grab me and suck me in."

Wiliams was attempting to leave via car with her two children but, like many others, was forced to leave on foot because of traffic.

A 32-year-old man has been arrested and charged with 15 arson counts, though it is still unclear if he started the Carr fire.