FLASHBACK: In 2011, Donald Trump Predicted He Would Tell Saudi Arabia Not to Raise Oil Prices 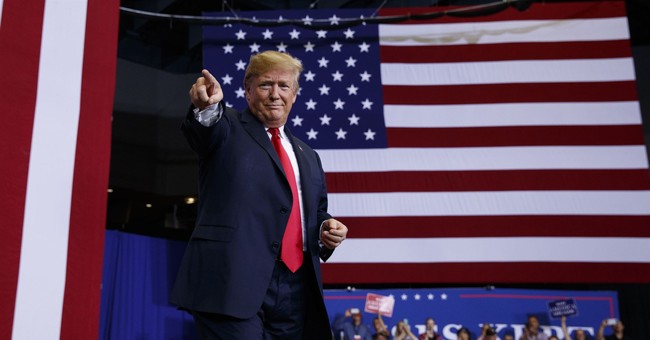 President Donald J. Trump tweeted on June 30th that he asked King Salman bin Abdulaziz Al Saud of Saudi Arabia "increase oil production, maybe up to 2,000,000 barrels," in order to stop the rising cost of oil in the United States. But in 2011 at a speech in Las Vegas, Donald Trump envisioned nearly the exact same scenario, saying that no body else in Washington would be willing to look Saudi Arabia in the eye and tell them, "You're not going to raise that f***ing price."

President Trump claimed that the Saudi king agreed to increase oil production, saying that the two countries understand oil prices are too high.

Just spoke to King Salman of Saudi Arabia and explained to him that, because of the turmoil & disfunction in Iran and Venezuela, I am asking that Saudi Arabia increase oil production, maybe up to 2,000,000 barrels, to make up the difference...Prices to high! He has agreed!

As the Daily Caller's Michael Bastach notes reports say that that Saudi Arabia "made no firm commitment to increase crude oil production, 'but rather assured the U.S. of its capability to meet oil demand.'."

Bastach adds that due to a variety of factors across the globe, "increased demand for oil have all put upward pressure on prices. In response, Americans have seen gas prices increase more than 60 cents per gallon in the past year."

President Trump seems to have followed through on his word that he would step up to the plate and demand that Saudi Arabia keep oil prices low. Then real estate mogul and potential 2012 GOP presidential candidate Trump addressed the Nevada Republican Party in a 2011 speech that many speculated was going to be his presidential campaign announcement. On the topic of oil prices, President Trump asserted that nobody in Washington has negotiated well enough with members of OPEC for the American people, but that he would be bold enough to make strong demands with nations such as Saudi Arabia.

"Did you see recently where a couple of days ago Saudi Arabia said ah let's, raise the price let's cut back production. Can you believe it you're going to be paying five and six dollars a gallon for gasoline pretty soon and they wanna they want to go in and raise he price of oil because we have nobody in Washington that sits back and said 'you're not going to raise that f***in' price."

That clip can be seen here:

(Warning -- Language may be offensive to some listeners)

Of course, he ended up not running in 2012 but much of what he spoke about that day sounded very similar to the issues he discussed in 2016.  The full speech is well worth the watch.