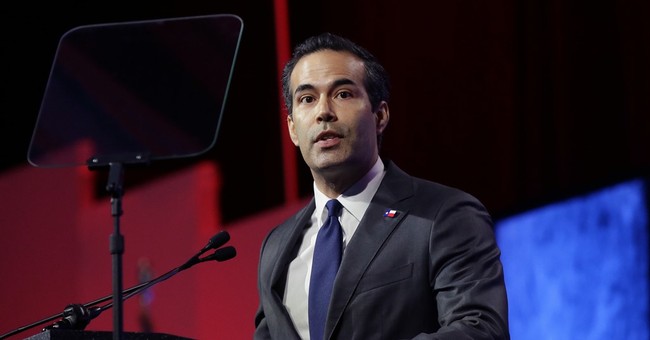 George P. Bush, son of Trump's former presidential candidate rival Jeb Bush, has voiced his support for the current president yet again in a rousing speech at the Texas Republican convention earlier today.

As noted by Todd Gillman of the Dallas News, George P. rallied the Texas GOP by declaring. "Are we gonna stand up for President Donald J. Trump. Are we going to reject the fake news and the liberal media? … Yes we are."

Bush is a formidable politician in the Lone Star state. He currently holds the position of Texas Land Commissioner. But, he has fallen under controversy and accused of corruption because "after he took office in 2015, the Daughters of the Republic of Texas were removed from overseeing the Alamo and replaced by nonprofits that Bush's General Land Office controls," according to the Dallas News.

"Despite the 'fake news' you may have been reading in the liberal media, we've been busy saving and strengthening the Alamo for generations to come," Bush also told the crowd.

George P. was the only member of his dynastic family's clan to publicly state that he voted for Trump in 2016 general election. The Donald was notoriously mean to his father and consistently called the former Florida governor "Low Energy Jeb." That led to a somewhat humorous moment and a really great high five from Jeb during a primary debate. The moderator asked the candidates what they would want their secret service nicknames to be if they won the presidency. Jeb said he would want "High Energy Jeb!" Trump approved, and the two slapped hands in jovial expression. It may have been the highlight of Jeb's campaign. Donald said his nickname would be "Humble." The exchange can be seen here.