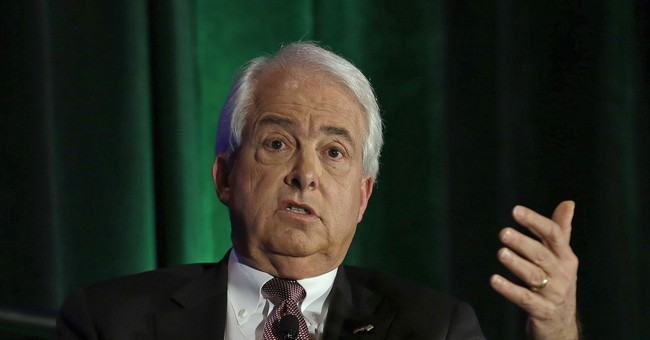 Friday evening, President Donald J. Trump announced his endorsement of Republican gubernatorial candidate John Cox in the California primary. This announcement comes with less than a month to go before Golden State voters partake in a somewhat unusual method in choosing who will appear on the ballot in the race for Governor in November.

California has a non-partisan primary. This means all candidates appear on the same ballot during the gubernatorial primary. California voters are allowed to vote for any candidate they choose. The top two candidates with the most votes, regardless of party, move on to the general election. Many speculate the announcement comes in hope of consolidating GOP votes to ensure that a Republican stays on the ballot.

Democrat candidate Gavin Newsom is expected to receive the most amount of votes of any candidate during the primary. But, the top two Republicans could effectively split GOP votes and lock themselves out of the ballot by failing to gain more votes than the other Democrats running for governor. This would entail two Democrats on the general ballot.

President Trump's endorsement came via Twitter and expressed confidence in Cox's credentials on issues such as the border and crime.

California finally deserves a great Governor, one who understands borders, crime and lowering taxes. John Cox is the man - he’ll be the best Governor you’ve ever had. I fully endorse John Cox for Governor and look forward to working with him to Make California Great Again!

John Cox, a successful businessman and former Illinois politician, did not vote President Trump in the 2016 election. "I wasn't sure he's a conservative. I am now, he's a conservative," Cox said a recent gubernatorial debate. Cox's initial lack of support for the commander-in-chief is a point that his GOP opponent, Travis Allen, reminds voters of often.