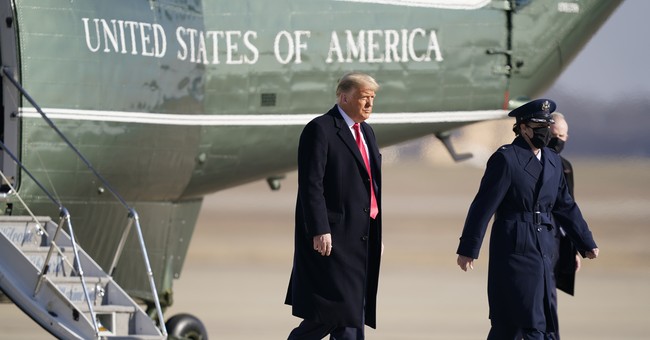 The House of Representatives voted to impeach President Trump for a second time on Wednesday afternoon, in the wake of the rioting from pro-Trump supporters on January 6. The president is the first to ever be impeached twice.

And there it is, past 218. pic.twitter.com/t2jCJhfEJJ

The 10th Republican is GOP Rep. David Valadao, per @sfortinsky

Trump impeached for the second time. This time the vote is 232-197.

Ten Republicans — 4% of the conference — vote to charge trump with incitement of insurrection.

From the incredible Hill pool, here are the 10 Republicans who voted to impeach Trump:

The final vote count was 232 to 197, with 4 members not voting on the floor. The article reprimands the president for "incitement of insurrection." House Democrat leaders plan to immediately send the article over to the Senate, but Majority Leader Mitch McConnell (R-KY) said on Wednesday that he will not convene an emergency session to hold the trial. Any action on impeachment in the upper chamber will take place during the opening days of the Biden administration.

McConnell instead urged GOP senators to focus on "facilitating a safe inauguration and an orderly transfer of power to the incoming Biden Administration."