Obama Was Left Awe-Struck Following Trump's 2016 Win: 'What If We Were Wrong'? 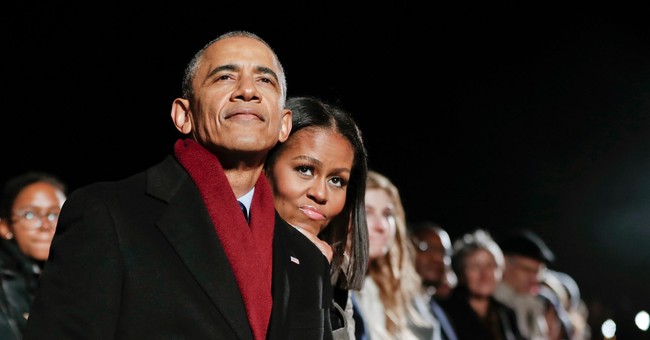 President Obama was probably very, very confident Hillary Clinton would win the 2016 election. Nevertheless, he took unprecedented steps to stump for his former secretary of state. In the end, he couldn’t drag her over the finish line. She went down in defeat. It was one of the biggest political upsets in American history. It was a punch to the mouth of liberal America. The rural voter had his/her revenge. The urban elites were silenced. The irony is this tribalism, this electorate, was not the one Obama was trying to nurture or preserve; he wanted to change our politics, remember? Did he go too far? That’s what he was left grappling with when it was clear that Hillary Clinton would never become president. Obama urged Canada’s Prime Minister Justin Trudeau to be more vocal about defending their shared values, Angela Merkel told the soon-to-be-ex-president that she felt obligated to run for another term in Germany due to Trump’s win.

“She’s all alone,” Obama remarked in his final meeting with her. Yet, the former president also wondered if he pushed too far, reinforcing the old divisions of Left and Right. Well, when you push anti-gun policies, like about health care reform, and dither on Syria and Crimea—yeah, you are going to legitimize what people have been saying about the Democratic Party: their left wing policies are ruinously expensive, they’re weak abroad, and attack the cultural core of rural voters. In this case, it was gun ownership.

Obama’s former foreign policy guru, Ben Rhodes, has his book coming out, where he also says he can’t shake the notion that he didn’t see Trump’s victory coming. Yeah, a little Monday morning quarterback here, but he admits that at its core, Trump ran on the same message they did in 2008 that slayed Clinton: she’s part of the swamp and can’t be trusted to bring change. As Obama was left devastated by Trump’s win, his aides assured him that he would have won a third term if the Constitution permitted it, and that Millennials are more aligned with his agenda (via NYT):

Riding in a motorcade in Lima, Peru, shortly after the 2016 election, President Barack Obama was struggling to understand Donald J. Trump’s victory.

“What if we were wrong?” he asked aides riding with him in the armored presidential limousine.

He had read a column asserting that liberals had forgotten how important identity was to people and had promoted an empty cosmopolitan globalism that made many feel left behind. “Maybe we pushed too far,” Mr. Obama said. “Maybe people just want to fall back into their tribe.”

His aides reassured him that he still would have won had he been able to run for another term and that the next generation had more in common with him than with Mr. Trump. Mr. Obama, the first black man elected president, did not seem convinced. “Sometimes I wonder whether I was 10 or 20 years too early,” he said.

Set to be published next week by Random House, Mr. Rhodes’s memoir, “The World as It Is,” offers a peek into Mr. Obama’s tightly sealed inner sanctum from the perspective of one of the few people who saw him up close through all eight years of his presidency. Few moments shook Mr. Obama more than the decision by voters to replace him with a candidate who had questioned his very birth.

Mr. Obama and his team were confident that Mrs. Clinton would win and, like much of the country, were shocked when she did not. “I couldn’t shake the feeling that I should have seen it coming,” Mr. Rhodes writes. “Because when you distilled it, stripped out the racism and misogyny, we’d run against Hillary eight years ago with the same message Trump had used: She’s part of a corrupt establishment that can’t be trusted to bring change.”

Yet, Rhodes and Obama were left stunned by the 2016 results. It’s a prime window into the insight of the Left’s elite members, stunned that their condescending attitude, the lecturing, and the pervasive apathy towards those who don’t live in cities somehow came back to bite them in the ass. I think what’s more stinging is that millions of Obama voters flipped for Trump. Hope and change was shot up like Swiss cheese. Make America Great Again had overtaken it. Yeah, I guess for a man who had built a virtually unbeatable voter coalition would be left adrift by these results, but because of that—let us give thanks that we have term limits. Today, the Left still hasn’t learned. Simple outreach to white working class voters on jobs, trade, job protections, and being proud to be an American get your foot in the door. This isn’t a hard voter bloc to win over. They’ve voted for both parties in past elections. Instead, Democrats would rather consider them to be irremediable racists, a batch of deplorables - which is the mentality that contributed to their 2016 loss.