Hold On, The FBI Was Spying On The Trump Campaign *Before* The Counterintelligence Probe Officially Started? 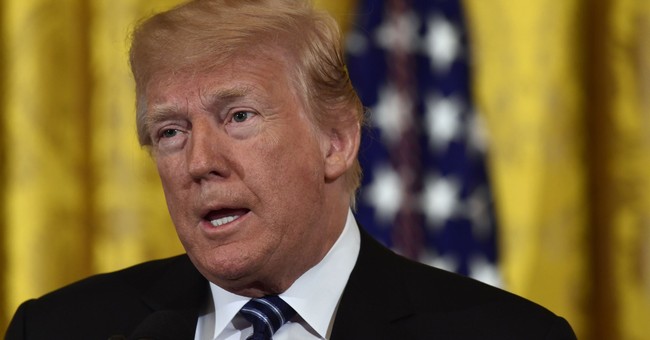 Who is the FBI spy that was trying to glean information on the Trump campaign? Well, reportedly, it’s longtime CIA operative Stefan Halper. And no, it wasn’t leaked. If this is true, and most likely it is, there’s enough public information on him, along with the news media leaving a trail of breadcrumbs that confirmed his identity. They were as subtle as a sledgehammer.

Last week, it was reported that the FBI had spied on the Trump campaign during the 2016 election. It was later revealed by Axios that Halper had tried to get a top-level job in the administration after the campaign. Yet, before we get into what The Intercept’s Glenn Greenwald and others have noted about the timeline of the FBI’s Russia probe, let’s look real quick at the linguistic martial arts the news media is playing here. All of this deep state/Trump was spied on stuff was written off by the news media as conspiratorial garbage. Well, it turns out they were wrong. They’re wrong about everything it seems, especially reports covering this White House. This is how The New York Times covered this development. They also said that this spy is someone well known within D.C. circles.

President Trump accused the F.B.I. on Friday, without evidence, of sending a spy to secretly infiltrate his 2016 campaign “for political purposes” even before the bureau had any inkling of the “phony Russia hoax.”

In fact, F.B.I. agents sent an informant to talk to two campaign advisers only after they received evidence that the pair had suspicious contacts linked to Russia during the campaign. The informant, an American academic who teaches in Britain, made contact late that summer with one campaign adviser, George Papadopoulos, according to people familiar with the matter. He also met repeatedly in the ensuing months with the other aide, Carter Page, who was also under F.B.I. scrutiny for his ties to Russia.

F.B.I. agents were seeking more details about what Mr. Papadopoulos knew about the hacked Democratic emails, and one month after their Russia investigation began, Mr. Papadopoulos received a curious message. The academic inquired about his interest in writing a research paper on a disputed gas field in the eastern Mediterranean Sea, a subject of Mr. Papadopoulos’s expertise.

The informant offered a $3,000 honorarium for the paper and a paid trip to London, where the two could meet and discuss the research project.

“I understand that this is rather sudden but thought that given your expertise it might be of interest to you,” the informant wrote in a message to Mr. Papadopoulos, sent on Sept. 2, 2016.

Mr. Papadopoulos accepted the offer and arrived in London two weeks later, where he met for several days with the academic and one of his assistants, a young woman.

Over drinks and dinner one evening at a high-end London hotel, the F.B.I. informant raised the subject of the hacked Democratic National Committee emails that had spilled into public view earlier that summer, according to a person familiar with the conversation. The source noted how helpful they had been to the Trump campaign, and asked Mr. Papadopoulos whether he knew anything about Russian attempts to influence the 2016 presidential election.

Yeah, how is that not spying? It is. And this is the problem with liberalism as of late; they’ve wantonly decided to ignore the definition of what words mean. Spying is now informing. Invasions are now called “uncontested arrivals,” but back to Mr. Halper and the timeline. It seems that his alleged information gathering operation started way before his rendezvous with Papadopoulos. Carter Page and Sam Clovis, two others affiliated with the Trump team, were also approached by Halper as well.

Greenwald noted that Halper has history with this sort of operation; he reportedly did something similar to Carter’s 1980 re-election campaign for the Reagan team. Halper with some other former intelligence operatives allegedly funneled information on then-President Carter’s foreign policy to Republican candidate, and future president, Ronald Reagan. This was all revealed in 1983--and it was not done under the blessing of a sitting presidential administration, which is what appears to be th case with the FBI, DOJ, IC, and Trump.

Puh-lease. Facts:
DOJ/FBI blew their source, by leaking every detail to friendly media to spin. NYT and WaPo stories cite "gov" sources--not Congress. And Daily Caller had that name out months ago, before news of spying.
https://t.co/amtIzZpgVc

Greenwald also noted that while the news media knew who the FBI spy was, they refused to reveal his name, though they left so many clues that they might as well have disclosed the source. He also adds that the FBI and members of Congress are being more or less absurd that revealing the source would be damaging to national security; we pretty much already know who it is. And his work was already been reported. The Intercept then details how the Daily Caller was able to discern whom the source was using entirely public information, which brings us to FBI timeline. When did this investigation begin because it seems there were other times that Halper reached out to Trump team members prior to the Papadopoulos meeting that supposedly led to the FBI opening up a counterintelligence investigation in July of 2016. By the way, this theory was published by the Times in December of 2017, and it was ripped apart.

…the New York Times reported in December of last year that the FBI investigation into possible ties between the Trump campaign and Russia began when George Papadopoulos drunkenly boasted to an Australian diplomat about Russian dirt on Hillary Clinton. It was the disclosure of this episode by the Australians that “led the F.B.I. to open an investigation in July 2016 into Russia’s attempts to disrupt the election and whether any of President Trump’s associates conspired,” the NYT claimed.

But it now seems clear that Halper’s attempts to gather information for the FBI began before that. “The professor’s interactions with Trump advisers began a few weeks before the opening of the investigation, when Page met the professor at the British symposium,” the Post reported. While it’s not rare for the FBI to gather information before formally opening an investigation, Halper’s earlier snooping does call into question the accuracy of the NYT’s claim that it was the drunken Papadopoulos ramblings that first prompted the FBI’s interest in these possible connections. And it suggests that CIA operatives, apparently working with at least some factions within the FBI, were trying to gather information about the Trump campaign earlier than had been previously reported.

Then there are questions about what appear to be some fairly substantial government payments to Halper throughout 2016. Halper continues to be listed as a “vendor” by websites that track payments by the federal government to private contractors.

Equally strange are the semantic games which journalists are playing in order to claim that this revelation disproves, rather than proves, Trump’s allegation that the FBI “spied” on his campaign.

So, there’s the new line of inquiry. The FBI spy was investigating something prior to the official start of the counterintelligence probe. Byron York’s column in The Washington Examiner noted that Trump March meeting with The Washington Posteditorial board is where the FBI and DOJ probably got the first batch of names to peruse; Trump has announced that Papadopoulos and Carter Page would be lending a hand:

Trump's announcement did not go unnoticed at the FBI and Justice Department. The bureau knew Page from a previous episode in which Russian agents had tried, unsuccessfully, to recruit him. It's not clear what the FBI knew about the others. But then-Director James Comey and number-two Andrew McCabe personally briefed Attorney General Loretta Lynch on the list of newly-named Trump foreign policy advisers, including Page, according to U.S. officials familiar with the matter.

Lynch told the House Intelligence Committee that she, Comey, and McCabe discussed whether to provide a "defensive briefing" to the Trump campaign. That would entail having an FBI official meet with a senior campaign official "to alert them to the fact that … there may be efforts to compromise someone with their campaign," Lynch said.

It didn't happen, even though it was discussed again when Comey briefed the National Security Council principals committee about Page in the "late spring" of 2016, according to Lynch's testimony. (The principals committee includes some of the highest-ranking officials in the government, including the secretaries of State, Treasury, Defense, and Homeland Security, the attorney general, the head of the CIA, the White House chief of staff, U.N. ambassador, and more.)

So the nation's top political appointees, law enforcement, and intelligence agencies were watching Trump campaign figures in the spring and early summer of 2016.

And all of this brings us to a figure that has remained under the radar in all of this: President Barack Obama. What did he know and when did he know it because the intelligence apparatus of the U.S. was under his administration, along with the FBI/DOJ. It’s relevant to bring the former president and his team under the microscope again. Until then, what we know via Larry O’Connor is that a) the Trump campaign was spied on; and b) the motive was political pending new developments:

First, let’s hope that all Americans, Left, Right and Never Trump, can agree that this operation was unprecedented and extraordinary. The FBI has never, as far as we know, conducted a clandestine investigation on a presidential campaign complete with electronic surveillance and a spy. The bar to initiate such an investigation would have to be pretty high. The FBI would not, under normal circumstances, authorize this kind of operation unless there was extreme and justifiable reasons to do so.

So, whatever the reason to initiate this operation, one expects that reason to be pretty concrete and conclusive.

Donald Trump was President Obama’s political enemy. He was running, specifically, to undo Obama’s legacy and everything he had instituted through executive actions. He was also running against Obama’s chosen successor.

We know that the atmosphere surrounding the decision to launch the investigation was highly political. It was political in the most personal sense for President Obama, who held the reigns of power over the FBI and the DOJ at the time of the investigation.

We know that the political document known as the “Steele dossier” was used, at least in part, to justify many elements of the spying operation against the Trump campaign.

We know that George Popadopoulos’ statement in a bar with an Austrailian diplomat triggered some element of the investigation as well.

A guy making a statement in a bar and a pile of unverified opposition research paid for by the Clinton campaign doesn’t even come close to the very high bar needed to be cleared to initiate a clandestine investigation on any American citizen, let alone a member of a presidential campaign just weeks before election day.

But, it appears, that’s all we have

Given the politically charged backdrop of the Obama versus Trump death match, coupled with the use of the Steele dossier (by definition a political document paid for by Trump’s political opponent) the only reasonable conclusion to reach is that the FBI spying operation was launched for political purposes.

And now the wait begins—and it could take years.