Resistance Bloc: Here Are The Democrats Voting No On Virtually All Of Trump's Nominees 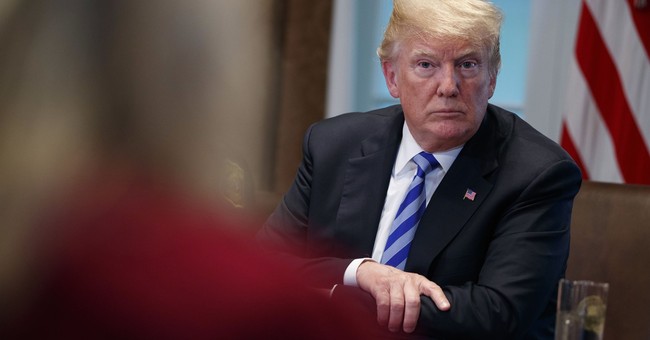 For the Democratic base, stopping President Trump is a top priority. They need to stop his nominees, his agenda—everything. That’s easy to say, harder to do with their party in the minority—and highly qualified nominees aren’t going to be voted down or blocked. Yet, there is a handful of Resistance—that’s what they call themselves, these left-wingers—lawmakers in the Senate. They’re a dedicated group of anti-Trump Democrats who have virtually opposed every one of President Trump’s nominees. And it’s no shocker that they’re the most liberal of the bunch (via Axios):

A handful of Senate Democrats are committed to opposing President Trump’s executive branch nominations at every turn — and the group bears an uncanny resemblance to the rumored 2020 frontrunners.

Between the lines: Democrats like Kirsten Gillibrand, Elizabeth Warren, Bernie Sanders and Cory Booker have nothing to lose by voting against Trump's nominations — and a lot to gain with the Democratic voters they'll need if they decide to run for the White House.

The winner: The list is topped by Gillibrand, who voted to confirm David Shulkin (an Obama holdover) and Nikki Haley, but no others for prominent leadership roles. She was the lone vote against Jim Mattis as Defense Secretary.

The only one that could pull off a potential 2020 win is Sanders, but time will tell. He’ll be pushing 80 by the time the next election rolls around. Gillibrand and Booker are unknown outside of the Catskills and Northern New Jersey respectively. Harris is trying to increase her public profile, as is Booker, though she isn’t well likedamong the Bernie-ites of the Democratic Party. All these folks having going for them is that they’re the anti-Trump candidates. That won’t be enough to win. John Kerry was the anti-Bush and lost. Romney was the anti-Obama and lost. The Democratic Party has no economic message, not a real one. They’re for free college, raising the minimum the wage, universal health care (though they’ve eaten each other on how to get there), and empathizing with MS-13.  Yeah, a murderous group of thugs that is MS-13, who stabbed a man over 100 times, removed his heart, and beheaded him, are not animals, folks. They’re still humans. That’s the hill the Left wants to die on?

So be it. We’ll win. And if this is the top of the Democratic pile for 2020, the cream of the crop, I’m not that worried.