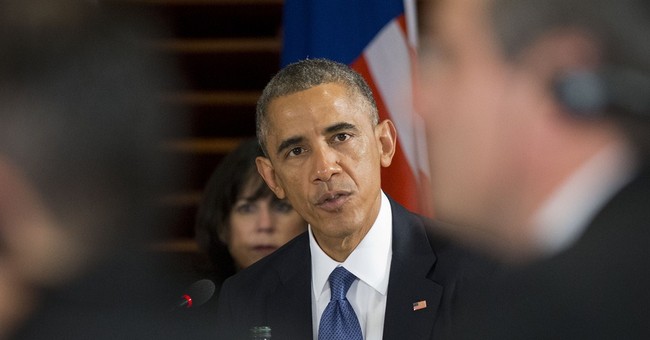 UPDATE: The House passed Trade Adjustment Assistance on June 25 by a 286-128 vote in the House. As promised by Republicans, the TAA provision was also introduced and passed the Senate on June 24. The legislation advanced after a 76-22 procedural vote, which was then easily passed by a final voice vote later that evening.

Well, the fight is over. Trade Promotion Authority (TPA), or fast track authority, has passed the Senate by a 60-38 vote. Yesterday, it passed a critical cloture vote 60-37.  As promised by Republicans, a vote on Trade Adjustment Assistance, a program aimed at helping displaced workers from increased, trade looks like it will pass both chambers. House Democrats voted against this provision, trying to use it as leverage to stop Obama from getting fast track authority on the Trans-Pacific Partnership (TPP); a free trade agreement ten years in the making involving 11 other nations and 40 percent of the world’s GDP (via AP):

In a triumph of divided government, the Republican-controlled Congress passed major trade legislation Wednesday that was long-sought by President Barack Obama but vehemently opposed by most lawmakers in his party.

The measure to strengthen Obama's hand in global trade talks cleared the Senate on a vote of 60-38, and will go to the White House for his signature — less than two weeks after it was temporarily derailed in the House in an uprising of Democratic lawmakers.

A second bill, to renew an expiring program of federal aid for workers disadvantaged by imports, was on track to pass the Senate in short order. It would then go to the House, where a final vote was expected on Thursday.

"We have Republican majorities in Congress working closely with Democratic minorities in Congress to build bipartisan support for legislation that then arrives on the desk of a Democratic president," said White House spokesman Josh Earnest. That's how policy should be made "in an era of divided government," he told reporters.

Despite what House Minority Leader Nancy Pelosi (D-CA) said last week regarding how there were not enough votes  for TAA, with TPA deal sealed, House Democrats have waved the white flag of surrender. They really don't have a reason to oppose it this time (via the Hill):

House Minority Leader Nancy Pelosi (D-Calif.) and her caucus are lining up behind a worker aid proposal expected to hit the floor of the lower chamber Thursday, securing a key piece of President Obama's trade agenda and setting the stage for a legacy-building trade accord with Pacific Rim nations.

TAA was being used as a bargaining chip for TPA, and that's why we very much resisted," Rep. Sandy Levin (Mich.), senior Democrat on the Ways and Means Committee and a staunch fast-track critic, said Wednesday leaving a closed-door meeting of the Democratic Caucus in the Capitol.

"But now TPA is going to become law, and so therefore we should really focus on what has always been the central issue, and that is what is in TPP."

Levin predicted "a vast majority" of House Democrats will back the TAA when it hits the floor, likely Thursday.

When TPA first came to the Senate floor, Senate Democrats blocked it. Senate Republicans then put forward a bill, lumping TAA and TPA together, and a customs enforcement bill aimed at dealing with currency manipulation. They would be voted on separately. When the Senate bill came to the House, Democrats voted overwhelmingly against the TAA provision, which prevented the bill–due to parliamentary differences–from being sent to Obama’s desk for his signature. Obama has said he will not sign off on TPA unless TAA is also guaranteed. Hence why House Democrats saw this as a bargaining chip.

After the first round, which ended in defeat, Republicans said TPA and TAA provisions would be voted on separately.  Republicans promised a prompt vote on TAA once TPA is settled. The House barely passed the TPA provision 218-208, with 28 pro-trade Democrats joining 190 Republicans in the backing the measure.  It then went onto the Senate, where it was finally passed today.

Now, the legislative fight (probably one of the most intense since Obamacare) over the mechanisms to bring TPP to Congress is over. Up next, the vote on the actual trade agreement.