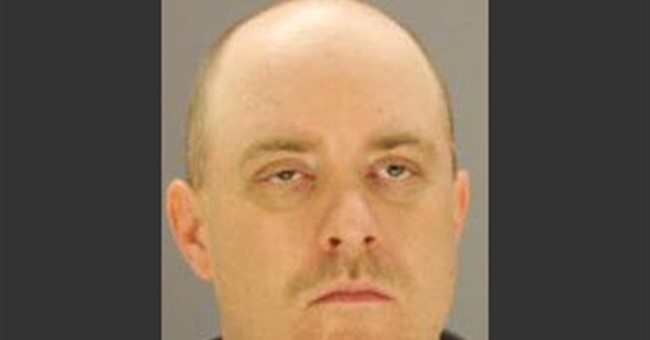 James Boulware decided to open fire at the police headquarters in Dallas, Texas on June 13. He was eventually shot and killed by a SWAT sniper after a 12-hour standoff. His mother, Jeannine Hammond, says the police “handled the situation very badly.” She also wondered why police didn’t seek medical attention for her son. Boulware said his van was rigged with explosives. In all, she wondered why police killed her son who shot at Dallas Police HQ and planted pipe bombs outside the building. Frankly, it’s a puzzling, puzzling question (via Dallas Morning News):

Jeannine Hammond, in an email to the news media Sunday, questioned why police didn’t seek medical attention for Boulware, 35, during the standoff or contact his parents to help negotiate with the “obviously mentally ill man.”

She also urged the release of all audio recordings and other public records related to the rampage.

“The police appear to be heroes,” she wrote, “when I think they handled the situation very badly by killing a wounded person who probably would have surrendered and then burning the evidence by detonating the van.”

“It was completely justified, what the police did,” said Keith Wenzel, a former Dallas police trainer. “They followed policy, quite frankly, to a T.”

Hammond wrote that police may have felt they “needed to kill a white suspect to prove that they weren’t playing favorites, since there have been so many black men shot by police lately.”

After the 12:30 a.m. attack on the Jack Evans Police Headquarters on South Lamar Street, SWAT team members called Boulware’s cellphone and began trying to talk him out of the vehicle. During the conversation, Boulware identified himself and said he had attacked the police headquarters because officers took his child and called him a terrorist.

He also told police the vehicle was rigged to explode — a threat that became credible after police discovered a bag with pipe bombs at police headquarters.

Police officials have not provided a detailed timeline because their investigation of the incident remains open.

They have said they think Boulware died around 4:45 a.m. when a sniper shot a .50-caliber rifle at the van. But because of the bomb threat, officers didn’t approach the vehicle until hours later

Hammond was more critical of police Sunday than she had been previously. After the shooting, she apologized to police for her son’s actions. She also said she slept with a gun because she was afraid of her son and his deteriorating mental illness.

“I felt I had to write this because something’s wrong with this entire scenario,” Hammond wrote Sunday. “It happened the very day the Texas governor was to sign open carry here in Texas and two days before Jade Helm 15 was to begin,” she wrote, referring to military exercise planned in Texas.

Wenzel also said to the Morning News that once a perpetrator shoots at police officers, the peaceful resolution pretty much goes out the window.

This situation is even more bizarre than Joy Stapleton’s frivolous pursuit to press charges against the person who killed her son, 18-year-old Tamon, who was committing an armed robbery with a 9mm handgun at a convenience store outside of Knoxville, Tennessee. In Tennessee, a gun owner can keep a loaded firearm in his car, even if he doesn’t have a permit to carry. The law went into effect last year–and it has apparently saved a life. Police considered the Samaritan’s actions as a justifiable homicide, as he was defending another person’s life when it was in extreme danger.

In the Dallas incident, this man shot at police officers. I’m not an expert in law enforcement matters, but I’m pretty sure that’s something that could get you killed.