NYT: The Democratic Base Isn’t … Liberal? 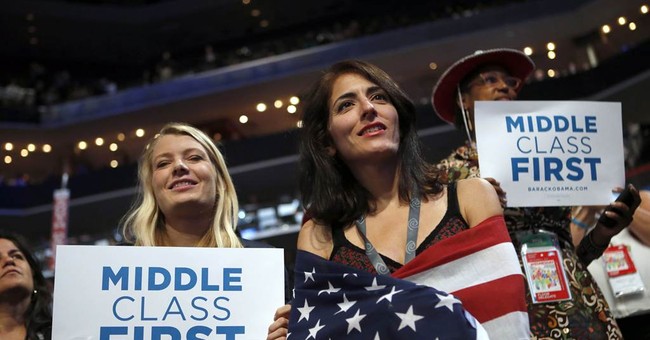 The progressive left–whether they like it or not–has their man. Sen. Bernie Sanders (I-VT), a self-described democratic socialist, who tossed his hat into the ring to challenge Hillary Clinton for their party’s nomination; Sanders caucuses with the Democrats. Sanders said he’s in it to win, while progressives are still yearning for Sen. Elizabeth Warren (D-MA), another liberal firebrand, who has said she’s not running.

Of course, the Sanders bid doesn’t mean that Hillary’s in trouble; he trails her by 57 points nationally. This isn’t The West Wing, where a Democratic governor from New Hampshire, who isn’t all that popular with his party, beats the prohibitive favorite who had led him by 48 points. We’re not in that weird universe. So, while Sanders might say, “He’s in it to win” so as not to look like a sacrificial lamb, he really is. But he’s running to shape the debate, and raise issues that he cares about–if only for a short period (via FiveThirtyEight):

First, Sanders is liberal, and can sincerely sell a liberal vision to Democratic primary voters. Unlike Martin O’Malley, whose past public statements qualify as “moderate” according to OnTheIssues.org, Sanders is a “hardcore liberal.” On a standardized scale of -100 to 100 (with -100 being the most conservative and 100 being the most liberal), Sanders hits 54; O’Malley’s only a 25. Clinton is a 53. Sanders also has a very liberal donor base. According to Adam Bonica’s fundraising-based ideological scores (standarized to the same scale as OnTheIssues) Sanders rates with a 78 compared to O’Malley’s 41 and Clinton’s 58. Plus, Sanders had the most liberal voting record of any senator in the last Senate, according to roll call votes.

Moreover, the Democratic field is likely to be a shallow one. With so few serious contenders, Sanders is likely to pass the 15 percent threshold required to win delegates and remain at least somewhat relevant in the early states. Despite the fact that Sanders is fairly unknown, the only poll in Iowa that doesn’t list Joe Biden or Elizabeth Warren as candidates has Sanders at 14 percent. In New Hampshire, Sanders is regularly hitting the low double digits, even with Warren given as a choice. Both Sanders and Warren do best among very liberal voters, so he should pick up at least some of Warren’s hypothetical support (assuming she doesn’t run).

When you fail to reach 15 percent, you risk becoming Dennis Kucinich. You say some things in a debate, and nobody actually cares because you’re not earning any real support. Sanders is in a far better position to be taken seriously and affect the policy discussion.

Sanders’s seriousness as a candidate could shift the dialogue in the Democratic primary. Clinton will have to at least entertain the very liberal wing of her party.

Also, the very liberal wing of the Democratic Party–where Sanders will resonate well–just isn’t strong enough to take on the Clinton juggernaut. That’s not to say that progressivism hasn’t become the dominant wing of the Democratic Party–it is, which is why Clintonomics isn’t the best source for policy prescriptions for Hillary. Yet, the base probably isn’t as far left in the vein of Mr. Sanders’ democratic socialism. Believe it or not, Black and Hispanic voters are described as not being uniformly liberal with 44 percent and 42 percent respectively being labeled “mixed” according to Pew Research’s ideological consistency evaluation. As Nate Cohn of the New York Times wrote, a lot of Democrats describe themselves as moderate, even conservative, in their political orientation:

The majority of Democrats and Democratic primary voters are self-described moderates or even conservatives, according to an Upshot analysis of Pew survey data from 2014 and exit polls from the 2008 Democratic primary.

Some of these self-described moderates hold fairly liberal views. But the “mostly liberal” Democrats barely outnumber Democrats with “mixed” or conservative policy views, according to the Pew data, which classified respondents based on how consistently they agreed with Democratic policy positions. Only about a quarter of Democratic-leaners hold the consistently liberal views that would potentially put them to the left of Mrs. Clinton.

These moderate and conservative Democrats allowed Bill Clinton to easily win the nomination in 1992 as a moderate Southern Democrat. They helped give Hillary Clinton a wide lead in the polls in 2008, until Barack Obama won Iowa and built an enormous lead among black voters — who represent about 20 percent of Democratic voters. Many black voters are moderate or conservative, allowing Mr. Obama to overcome the disadvantage faced by left-liberal Democratic candidates.

If the front-runner for the Democratic nomination were a fairly moderate Democrat, it would be easier to imagine a liberal Democratic candidate who could consolidate the liberal wing of the party and have a real chance of wining the nomination.

But by any measure — Senate voting record, public statements or campaign contributions — Mrs. Clinton is a liberal. She fares better among liberal Democrats than moderate ones in public opinion polls. She struggled to win over very liberal voters when running against Mr. Obama in 2008. But she did not lose them by a wide margin — and in some places, she won them.

Cohn’s final prognosis: Sanders will do well with the very liberal voters of the Democratic Party, but he won’t be able to expand his support since Hillary–more or less–has the rest of the party locked up.

At the same time, while the majority Democratic Party voters are reportedly “moderate,” it doesn’t mean they’re not loyal. These “moderates” twice voted for Barack Obama, who is certainly not a centrist political figure–and they will do the same for Clinton. Oh, and Harry Enten at FiveThirtyEight said we shouldn’t be surprised if Ms. Clinton brings up Mr. Sanders’ lack of party loyalty since he “shunned” being listed as a Democrat on the ballot in his past elections.