Gowdy To Clinton: Let’s Have That Interview About Your Emails, Madam Secretary 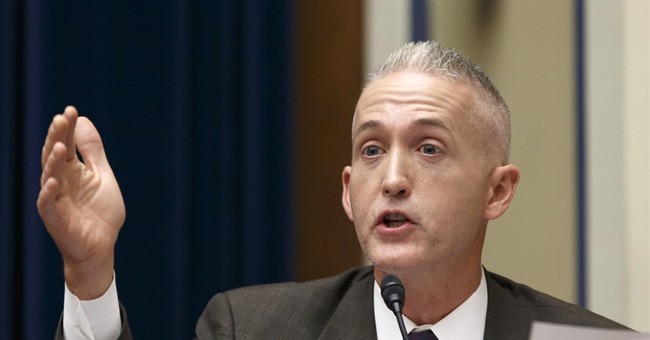 Rep. Trey Gowdy (R-SC), chairman of the House Select Committee on Benghazi, has sent a letter to Clinton’s attorney requesting the former secretary of state sit down for a transcribed interview about her private email address and server. Recently, Clinton’s attorney said that they won’t turn over the server, and that it would be a moot point because it had been wiped clean.

Gowdy has said ad nauseum that the committee isn’t interested in any emails relating to Mrs. Clinton’s personal life, or any emails that have nothing to do with Libya or the Benghazi terrorist attack in 2012.

“Toward that end and because of the Secretary’s unique arrangement with herself as it relates to public records during and after her tenure as Secretary of State, this Committee is left with no alternative but to request Secretary Clinton appear before this Committee for a transcribed interview to better understand decisions the Secretary made relevant to the creation, maintenance, retention, and ultimately deletion of public records,” wrote Gowdy. “The Committee is willing to schedule the interview at a time convenient for Secretary Clinton, but no later than May 1, 2015.”

We continue to believe Secretary Clinton’s email arrangement with herself is highly unusual, if not unprecedented. The decision to delete these records during the pendency of a congressional investigation only exacerbates our need to better understand what the Secretary did, when she did it, and why she did it. While she has cited a variety of justifications for this arrangement, many questions and details about the arrangement remain unanswered. These questions relate to: