New Republic Writer Admits To Not Seeing American Sniper, Writes About It Anyway 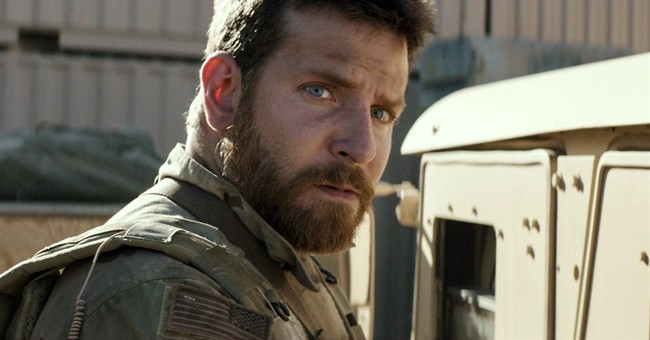 The left-wing criticism of "American Sniper" was to be expected. Frankly, it’s not worth responding to the vast majority of these criticisms. Yet, if you have a piece from a left-leaning publication, like the New Republic, where the author admits to not even seeing the film, and then ends it with an analysis about the Iraq War; mockery is justified, albeit for a brief time.

Recently, Dennis Jett wrote a piece about "American Sniper" for the Republic. There’s just one problem; He didn’t see the movie:

I have not seen American Sniper. But if the trailer is any indication, Eastwood’s film, like Zero Dark Thirty, tries to make a straightforward situation more complex than it is.

But anyone who has read Kyle’s autobiography of the same title knows that his bravado left no room for doubt. For him, the enemy are savages and despicably evil. His only regret is that he didn’t kill more. He laments that there were rules of engagement, or ROE, which he describes as being drafted by lawyers to protect generals from politicians. He argues instead for letting warriors loose to fight wars without their hands tied behind their backs. At another point, he boasts that the unofficial ROE were pretty simple: “If you see anyone from about sixteen to sixty-five and they’re male, shoot ‘em. Kill every male you see.”

That kind of thinking, compared to Kyle's portrayal by Eastwood, prompted Lindy West to write an article for The Guardian asking, “The real American Sniper was a hate-filled killer. Why are simplistic patriots treating him as a hero?” One answer to that question: Because many Americans are unable to accept that nothing was won in Iraq, and that the sacrifices Kyle and others made were not worth it. More fundamentally, treating Kyle as a patriot and ignoring any other possibility allows Americans to ignore the consequences of invading a country that had no weapons of mass destruction, had nothing to do with 9/11, and had no meaningful ties to Al Qaeda (our invasion, of course, changed that).

But, have no fear; the publication issued a correction. It did not un-publish this non-film review, but noted that the byline was messed up.

Correction: A previous version of this article featured the wrong byline. The author is Dennis Jett, not Dennis Ross.

But, let’s hear from Director Clint Eastwood, who is not happy that some are trying to portray his movie as jingoistic or a pro-war film:

“I think that’s a stupid analysis,” the American Sniper director growls from New York, when asked about the buckshot his new movie is taking, from critics who believe he’s celebrating war, killing and jingoism.

David Edelstein of New York Magazine calls the film, opening Friday in Toronto, “a Republican platform movie” even as he praises it as “a crackerjack piece of filmmaking.” Lindy West of the Guardian newspaper bemoans “simplistic patriots” who applaud Eastwood’s portrait of Navy SEAL shooting ace Chris Kyle, played by Bradley Cooper.

“Pardon me for sounding defensive, but it certainly has nothing to do with any (political) parties or anything,” Eastwood, 84, tells the Star.

“These fellows who are professional soldiers, Navy personnel or what have you, go in for a certain reason. Their commander-in-chief (U.S. President Barack Obama) is a Democrat and the administration is, and there’s no political aspect there other than the fact that a lot of things happen in war zones.”

The “things” that happen in “war zones” usually involve killing. The killing of men, women, and children, which at times, is carried out by extremely brutal methods. The film captures one such instance. It’s quite unsettling.

You can debate amongst yourselves, but I left the theater feeling that "American Sniper" wasn’t a pro-war movie. It did capture the sacrifices endured by the men and women who serve, along with their families.

Bradley Cooper, who plays Chris Kyle in the film, told the Daily Beast that this is a character study about the plight of being a soldier:

“My hope is that if someone is having a political conversation about whether we should or should not have been in Iraq, whether the war is worth fighting, whether we won, whether we didn’t, why are we still there, all those [issues], that really—I hope—is not one that they would use this movie as a tool for,” Cooper told The Daily Beast, when asked about those targeting Kyle’s temperament. “And for me, and for Clint, this movie was always a character study about what the plight is for a soldier. The guy that I got to know, through all the source material that I read and watched, and home videos—hours and hours—I never saw anything like that. But I can’t control how people are gonna use this movie as a tool, or what they pick and choose whatever they want. But it would be short-changing, I think. If it’s not this movie, I hope to god another movie will come out where it will shed light on the fact of what servicemen and women have to go through, and that we need to pay attention to our vets. It doesn’t go any farther than that. It’s not a political discussion about war, even…It’s a discussion about the reality. And the reality is that people are coming home, and we have to take care of them.”