Botched Rape Claims Won't Get You Fired At Rolling Stone, But Bad Music Reviews Could? 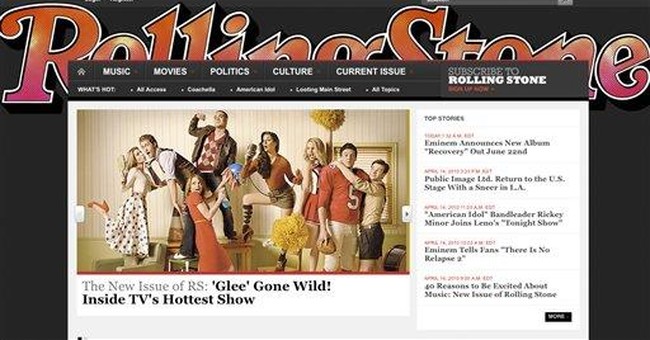 As Rolling Stone continues to be pummeled for its shoddy reporting of an alleged gang rape at the University of Virginia, one question lingers: will anyone lose their job over this fiasco? Will the editors on this story be fired? Will Sabrina Rubin Erdely, the author of the piece, be shown the door? Apparently, none of this is happening.

Yet, Sean Woods, the editor for Erdely’s piece, tendered his resignation to Rolling Stone co-founder Jann Wenner, who did not accept. Instead, he’s assembling a “re-reporting” mission to go to UVA and find the truth; it’s similar to the one the New York Times created after it was revealed that writer Jayson Blair fabricated or plagiarized his stories in the early 2000s. Yet, as the Washington Post’s Erik Wemple noted, all of this should’ve been done before the Rolling Stone published the article in the first place (via New York Observer):

The Observer has exclusively learned that in the wake of Rolling Stone‘s blockbuster story about campus rape at the University of Virginia and the subsequent fire that that story’s reporting has come under, the magazine’s deputy managing editor offered to resign.

According to a source inside Rolling Stone, who insisted on anonymity to preserve an ongoing relationship with the magazine, Sean Woods presented a letter of resignation to founder and publisher Jann S. Wenner. Mr Wenner, said to be furious at the unraveling of what had originally looked like a massive scoop, declined to accept the resignation.

According to the first source, “Sean handles all the non-music features, including anything like Matt Taibbi. This happened in part because Will is stretched way too thin. You have to understand, he’s not only the editor of Rolling Stone, but of Men’s Journal, too.”

Mr. Dana’s title lists him as Editorial Director of Men’s Journal, but according to the source, he’s as hands on there as he is at Rolling Stone.

According to the source, Rolling Stone is right now planning to assemble a “re-reporting project” akin to the one the New York Times put together in the wake of the Jayson Blair fabulism scandal that will head to UVa both to sort through the errors of the story and to tell readers what actually happened

So, it seems that botching a story can’t get you fired at Rolling Stone, but writing a negative review about Hootie and the Blowfish’s sophomore album, Faithweather Johnson, can is a very interesting observation-- sad, but interesting.