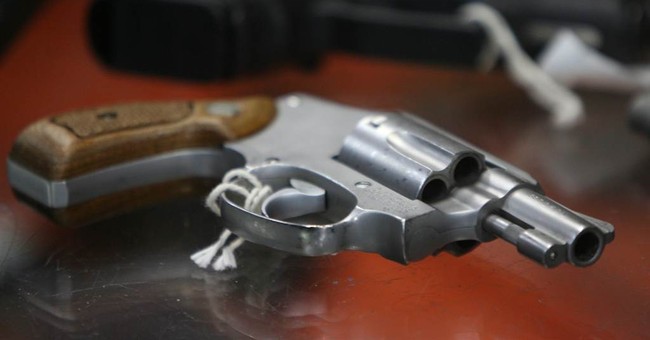 For a brief time, concealed carry permit holders could exercise their Second Amendment rights by bringing their firearms into Washington D.C.; a right that was previously denied until the Palmer decision. Granted, if you were a D.C. resident, you had to have the gun registered. For outsiders, you couldn’t open carry your rifles or shotguns, and your handgun couldn’t have a magazine with more than ten-rounds.

Until recently, the District of Columbia was the last place where citizens were banned from carrying their firearms outside of their homes. A stay, which was agreed upon by both parties in the Palmer case, was issued to allow the city council to draft legislation in response to the ruling. But D.C. lawyers are trying to get the carrying ban reinstated (via Washington Free Beacon):

D.C. lawyers cited the District’s “unique character” as justification for the handgun ban.

“The District, in addition to being the seat of the federal government and home to the President, is host to thousands of foreign dignitaries each year and the site of many mass demonstrations,” the city argues. “The potential for armed mischief is thus perhaps greater in the District of Columbia than in any other American city.”

The city also argues the ban does not impede the Second Amendment right to bear arms.

“The Court should find that the District’s prohibition on the public carrying of firearms is constitutional, in that ‘it does not seriously impact a person’s ability to defend himself in the home, the Second Amendment’s core protection,” the city argues. “It does not ban the quintessential weapon—the handgun—used for self-defense in the home. Nor does it prevent an individual from keeping a suitable weapon for protection in the home.”

[U.S. District Judge Frederick] Scullin declared D.C.’s blanket ban on carrying guns in public to be unconstitutional in July and gave city officials until Oct. 22 to craft new regulations in line with his ruling. D.C. has also appealed that deadline and asked for more time.