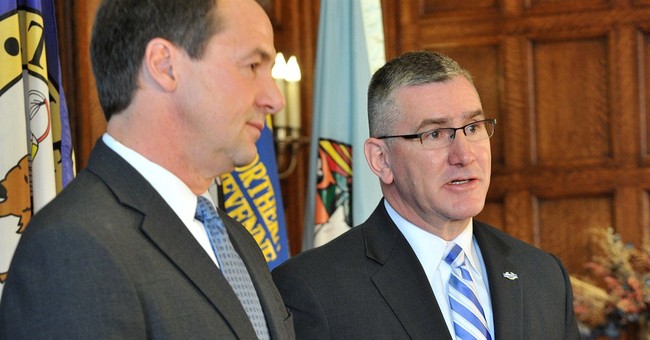 Rumors that embattled Montana Democratic Senator John Walsh might be dropping out became more intense with canceled speaking engagements, but Democratic insiders in Big Sky County say that there’s uncertainty regarding the senator’s intentions (via Politico):

Senate Democratic leaders in Washington and the Democratic Senatorial Campaign Committee are not playing an active role in the discussions, allowing the situation to be sorted out between Walsh and his Montana Democratic colleagues, according to people familiar with the matter. The talks come ahead of a key deadline on Monday, the last day for a candidate to withdraw from the race.

Fueling speculation that he might quit the race, Walsh’s campaign canceled several events slated for this week, including a Tuesday evening fundraiser in Jackson Hole, Wyoming, according to the Bozeman Daily Chronicle. But based on interviews earlier Tuesday with a number of Montana Democrats, most of whom spoke anonymously to discuss the situation candidly, it was far from clear what Walsh was going to do.

“It’s going to be up to him to figure out what he thinks is best,” one Democratic source said.

When asked whether Walsh would definitely stay in the race, campaign spokeswoman Lauren Passalacqua would only say in an email, “We’re not going to comment on rumors.” A DSCC official pointed to an earlier statement saying that the committee is “100 percent behind Walsh.”

If Walsh stepped aside before Monday, the Montana Democratic Party would have to choose a replacement candidate no later than Aug. 20.

The Bozeman Daily Chronicle, which is cited in the Politico piece, reported yesterday that Walsh ditched a fundraiser in Jackson Hole, Wyoming–and a “Women for Walsh” event was also scrapped.

Right now, Walsh has a 44 percent job approval rating, but his plagiarism scandal has hurt him significantly. According to a Vox Populi poll, 63 percent of Montana voters say they’re less likely to vote for Walsh because he engaged in plagiarism.

That's not an encouraging development.